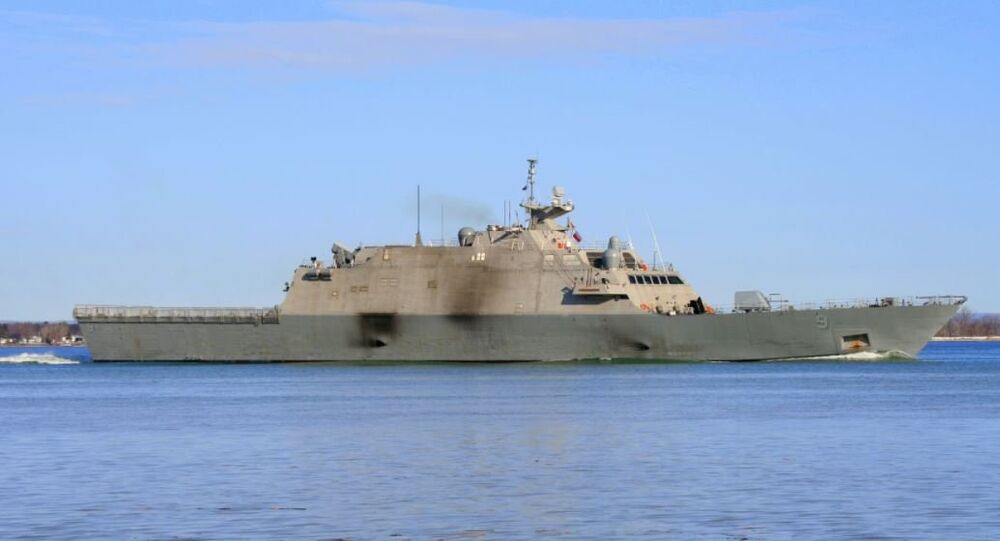 The US Navy’s newest littoral combat vessel, the USS Little Rock, is finally back to cruising through waterways after icy conditions left the ship frozen in a Canadian port.

The ship was held up in Montreal for three months, showing that sometimes Mother Nature can stop weapons of war as well as anything coming out of DARPA.

By Saturday, the USS Little Rock was back on her way to the Atlantic Ocean, USNI News reported, citing US Navy Lieutenant Commander Courtney Hillson.

"The ship was moored at the Port of Montreal until weather conditions improved and the St. Lawrence Seaway melted enough for the safe passage of the ship," Hillson said. She noted that the decision to keep the ship in Montreal was made with the safety of the ship and her crew in mind.

Even as the northern hemisphere starts to warm, the waterway would not have been traversable for the Freedom-class littoral combat ship without the help of a Canadian Coast Guard icebreaker.

​"We greatly appreciate the support and hospitality of the city of Montreal, the Montreal Port Authority and the Canadian Coast Guard," Little Rock Commander Todd Peters said in a statement Monday.