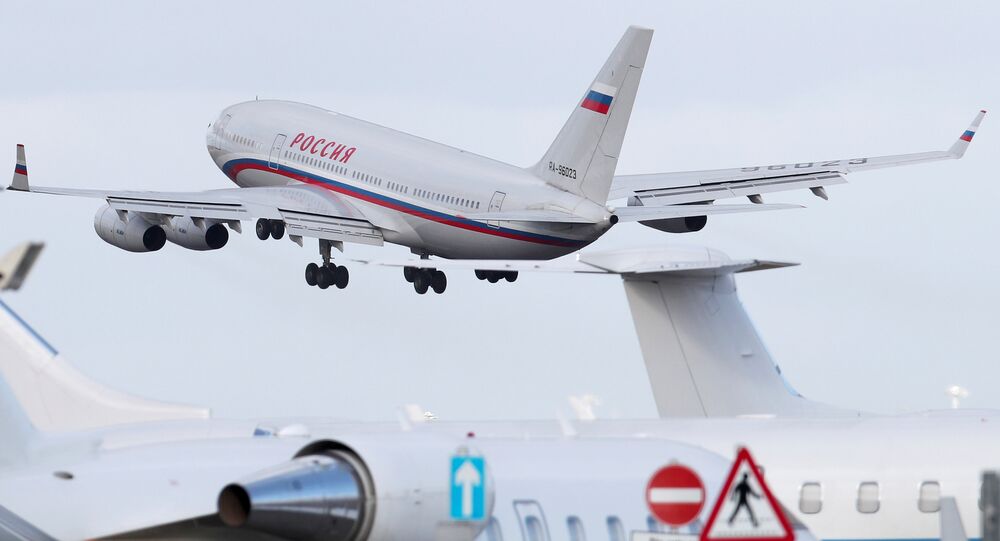 According to the online flight tracking site "Flightradar 24" two aircraft carrying expelled Russian diplomats and their families have taken off from Dulles Airport and are now heading toward Moscow. In total 171 people have left the US, a number that includes the diplomat's family members.

The Russian embassy in the United States announced earlier that two specially-chartered aircraft of the Russian 'Rossiya' federal air fleet had landed in Washington DC to pick up the diplomats and their families. The head of the Russian diplomatic mission to the US, Anatoly Antonov, reportedly accompanied the expelled diplomats to the airport. No incidents during the compulsory departure of his colleagues were reported.

Earlier in the day, Antonov said that the Skripal case was a pretext to carry out a war of words against Russia that has been planned for a long period of time.

© REUTERS / Peter Nicholls
Russian Envoy to US: Skripal Case Pretext to Launch Long-Planned Smear Campaign
On Monday, the administration of US President Donald Trump expelled 60 Russian diplomats - along with their families - and closed the Russian Consulate General in Seattle, Washington, after Sergei Skripal - a former Russian spy who worked for UK intelligence - and his daughter Yulia were exposed to what UK experts claim was an A234 nerve agent.