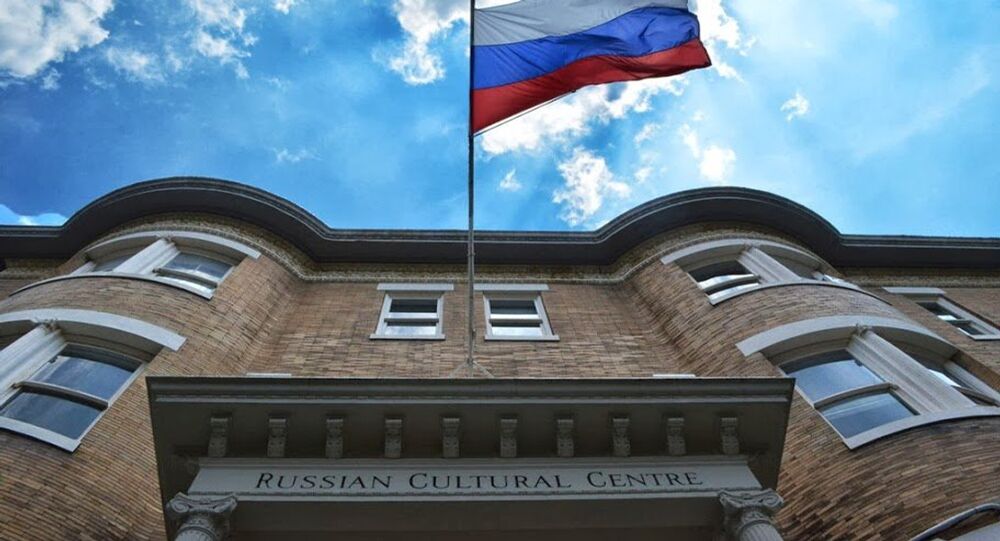 WASHINGTON (Sputnik) - The US government’s decision to expel Russian diplomats over the Skripal case is highly regrettable, Russian Cultural Center Director Oleg Zhiganov, who is also being expelled, told Sputnik.

"The decision by the US authorities is deeply regrettable," Zhiganov said on Monday.

Earlier on Monday, the US government announced the expulsion of 60 Russian diplomats, including 12 from the United Nations, and ordered the closure of the Russian consulate in Seattle. The move came in response to Britain's allegations that Russia played a role in the poisoning of former spy Sergei Skripal and his daughter Yulia in Salisbury — an allegation that Russia has repeatedly denied.

Zhiganov said the Russian Cultural Center has always strived to develop cultural and humanitarian ties with the United States.

"We understand how important this work is for bilateral relations and improving dialogue as well as for preventing the deterioration of our relationship. It is a pity that not everyone shares this position. But I would like to emphasize that no one is panicking," he said.

Zhiganov pointed out that the Russian Cultural Center’s deputy director, Natalia Moroz, will assume his responsibilities.

"The Russian Cultural Center will continue its work. I do not foresee a strong destabilizing effect on the activities of the center, because we managed to form a great team," Zhiganov said. "All employees work together very well and professionally. I'm sure this team will cope with the implementation of the planned events."

"It is especially endearing that American students write me — those who came to us to learn Russian and learn more about our country. Many went to Russia for various training programs. And they understand the absurdity of the situation," he said.

Zhiganov also expressed hope this generation of young Americans will improve relations between the two countries.

"I hope they will fill the gaps, establish new bridges of friendship between Russia and the United States. This will be the main long-term result of our work today," Zhiganov said.

Earlier on Monday, the head of Russia’s foreign cooperation agency Rossotrudnichestvo Eleonora Mitrofanova told Sputnik the Russian Cultural Center will continue operating and expressed her belief the US government’s decision will not affect the activities of the organization given its well qualified staff.