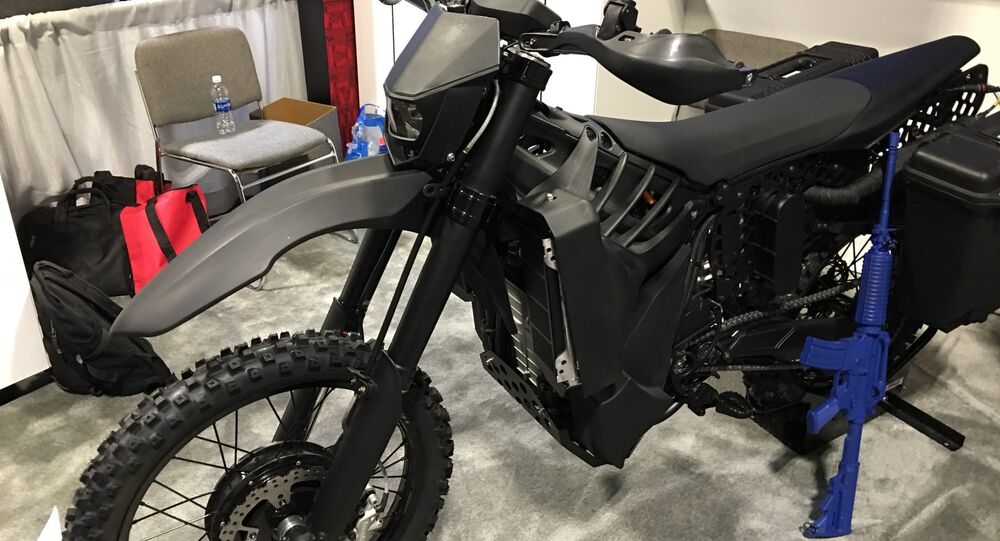 The military is preparing to arm its most elite warriors with dirt bikes so quiet they are “about as loud as an indoor conversation,” according to We Are Mighty.

DARPA started the stealthy bike competition in 2014. Company officials for Logos, the maker of the Silent Hawk, have said that the US Marine Corps, Army and Special Forces as well as foreign militaries are interested in the vehicle's development.

The power and impact of dirt bikes as a means for sending messages in large-scale combat is not to be underestimated. During a simulated battle known as the 2002 Millennium Challenge Exercise, a three-star US Marine General defeated an entire US Navy carrier strike group by coding messages in prayer booklets and dispersing orders through dirt bike couriers.

When the Blue Force, representing a US-like force, stared down General Paul Van Riper's Red Forces, which commanded a military force comparable to that of Iran, the hard-nosed Marine predicted that after the Red Forces lost their microwave towers and fiber optics networks, the Blue Forces would surveill their cell phones and satellite communications channels. To keep Blue Force from learning his plans, Van Riper sent out orders to people on motorcycles with messages coded into prayers.

"The whole thing was over in five, maybe 10 minutes," Van Riper told Malcolm Gladwell in the early 2000s.