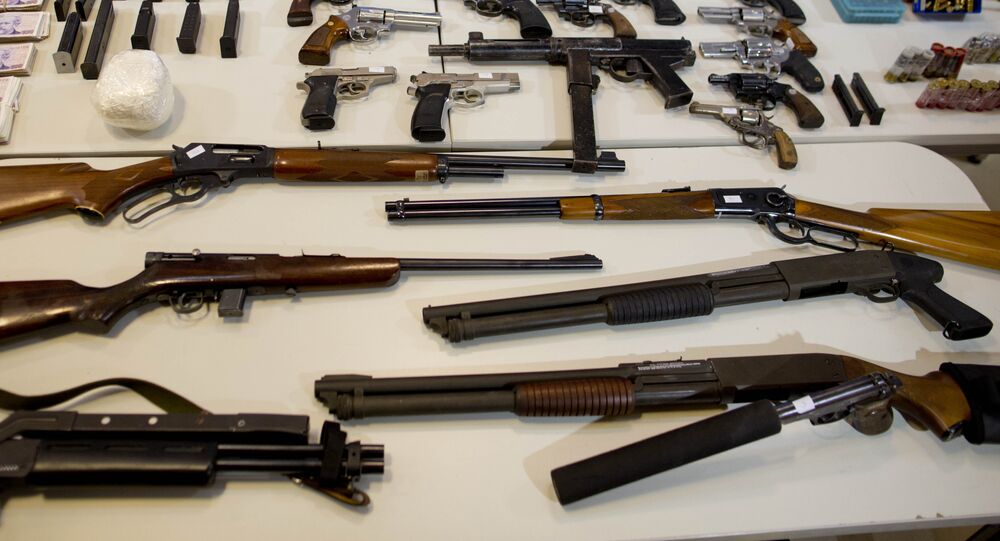 WASHINGTON (Sputnik) - Half of the voters in the United States approve of President Donald Trump's proposal to arm teachers in an attempt to prevent mass shootings like the recent attack on a Florida high school that killed 17 teachers and staff, according to a poll by Morning Consult on Wednesday.

"Half of the voters are with President Donald Trump in his call to arm teachers in order to respond to a school shooting," a press release summarizing the poll stated.

The release explained that arming teachers was backed by 72 percent of Republicans and opposed by 61 percent of Democrats, with overall approval by 50 percent of those surveyed.

Among Republican voters, backing for tougher gun laws was 53 percent, an eight-point increase since the February 20 poll.

The shooting at Marjory Stoneman Douglas High School in Parkland, Florida earlier this month has ignited a national debate over gun control, pressuring Republican lawmakers to consider a number of measures that they have blocked in the past, including reforms of the national background check system for gun buyers.