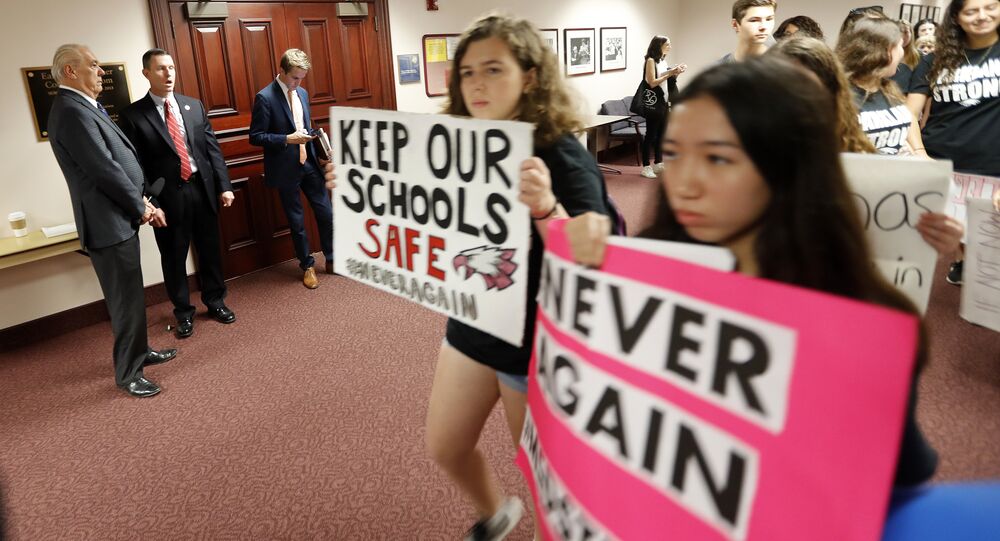 As deepening sentiment for a commonsense ban on military-grade assault weapon ownership in the US widens, a unique California database has led to the arrest of a father-daughter team accused of illegally owning 28 powerful rifles and some 66,000 bullets.

Several of the military-style assault rifles had serial numbers removed — what are referred to in weapon-ownership culture as ‘ghost guns,' indicating an illegal and potentially deadly use of the rifles by the pair.

© REUTERS / WSVN.com
FBI Admits It Was Warned About Florida Gunman but Failed to Prevent Shooting

The two were apprehended through the use of a 2001 California law that established a database cross-referencing weapon ownership with criminal convictions and restraining orders, a system whose implementation has been successfully overturned in other US states by the now-notorious National Rifle Association (NRA).

The 2001 California bill that created the Armed Prohibited Persons System (APPS) database — which went into effect in 2007 — was proposed by Jim Brulte, now the chairman of the California Republican Party.

"We're the only state that does this," California Attorney General Xavier Becerra noted in announcing the arrests and charges, adding, "It's a shame because we see tragedies occur way too often, and mass killings."

Becerra's office released a Wednesday statement detailing the arrests, also remarking that California is the "first and only state in the nation to establish an automated system for tracking firearm owners who might fall into a prohibited status."

Similar state programs throughout the US have been successfully suppressed by NRA-funded lawsuits in recent years, although assault-style weapon regulation is gaining ground, particularly after 17 students and teachers were killed last week at a Florida high school by a former student who had access to military-grade assault rifles.

In the California weapon seizure, Steven David Ponder, 57, and his daughter, Riley Elizabeth Ponder, 27, were charged Tuesday after a February 14 raid on the father's home.

The elder Ponder, who is banned from owning a gun due to a 2001 felony conviction for possessing a machine gun and also for counterfeiting money, was raided after four illegal firearms were registered in his name, according to Denver-based KDVR.

"If someone has this kind of firepower and they are going through great pains to make sure that it isn't traceable, it is for ill-gotten gains," observed Los Angeles County District Attorney Jackie Lacey, during an announcement of the charges against the Ponders, cited by KDVR.

An estimated 2,000 people in Los Angeles County, California, remain on the APPS list according to Latimes.com, down from about 5,000 just three years ago, pointing to the effectiveness of the system.

Samuel Richardson, the US Bureau of Firearms supervisor in charge of California agents who seize illegal guns, noted the success of the APPS database, described his agents' duties as "one of the most dangerous jobs in law enforcement."