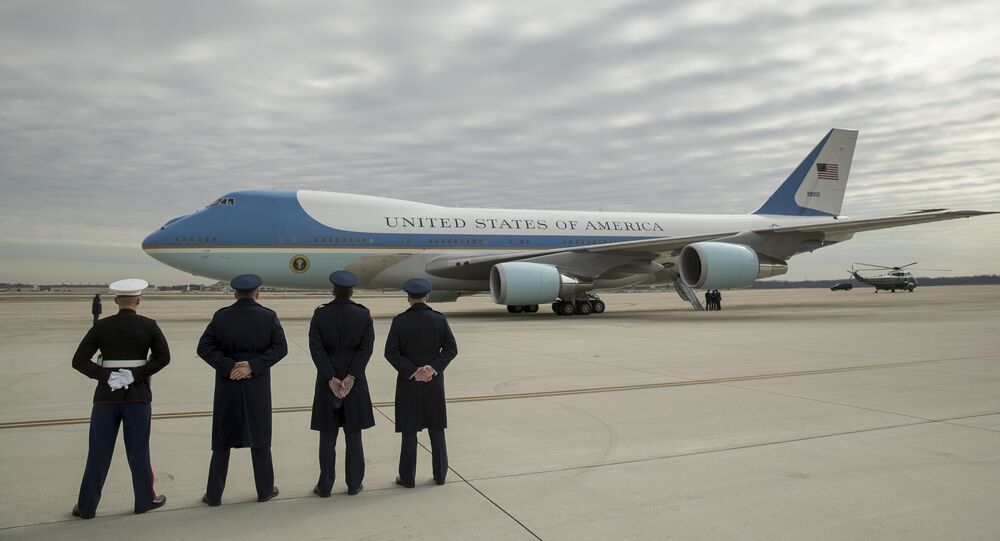 US President Donald Trump and Boeing have reached an agreement about the future Air Force One program that both sides say will save taxpayers money – though its $4 billion price tag is nearly exactly what has been predicted for the past several years.

"President Trump has reached an informal deal with Boeing on a fixed-price contract for the new Air Force One Program," Hogan Gidley, deputy press secretary for the White House revealed Tuesday. "Thanks to the president's negotiations, the contract will save the taxpayers more than $1.4 billion."

​According to Fox News, "the deal is worth $3.9 billion" and "officials say it represents $1.4 billion in savings from estimates of over $5 billion for two airplanes and related costs."

​If Trump appears to have saved the US taxpayers more than $1 billion, it is only because the president's pet news agency, Fox News, is moving the goalposts. The Pentagon has said for years the future Air Force One will cost around $4 billion. Trump even tweeted that Air Force One would run "more than $4 billion" in the infamous "cancel order!" tweet.

​But now that Trump is in office, the tab for the "Presidential Aircraft Recapitalization" program runs about $3.9 billion just for the next five years of aircraft and presidential modifications. And according to Fox News, Trump has saved $1.4 billion because of unattributed "estimates" that the program would run more than $5 billion.