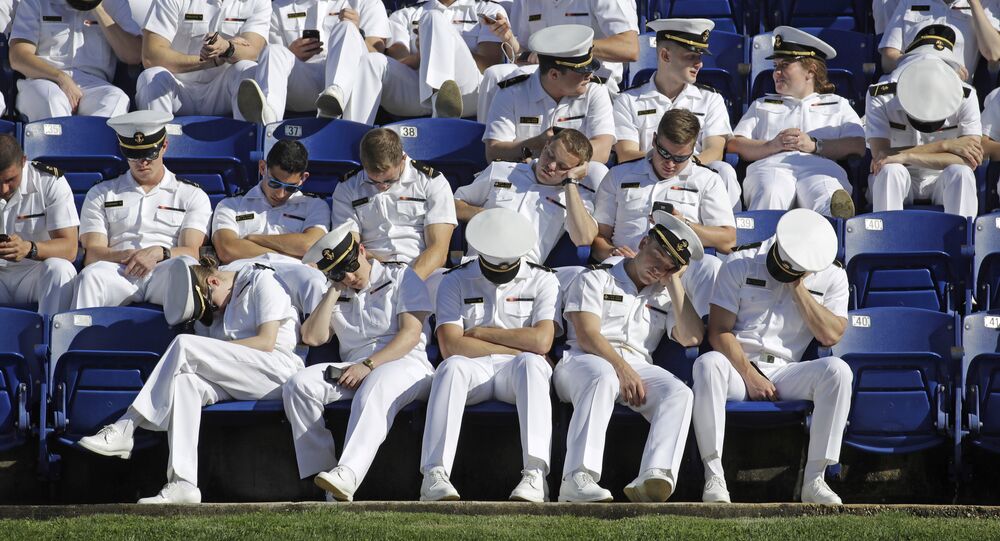 The US Navy investigators have launched a probe into claims of an active drug ring within the US Naval Academy located near Washington in Annapolis, MD, the country's leading institution for commissioning officers for the Navy and the Marine Corps.

Three midshipmen of the US Naval Academy have been accused of selling cocaine, LSD and ketamine, which is a strong sedative, purchased via the dark net using Bitcoin, according to Fox News.

It has reported that the US Navy investigators have launched a probe into claims of an active drug ring within the US Naval Academy located near Washington, the country's leading institution to commission officers for the Navy and the Marine Corps.

Fox News cited Naval Academy spokesman David Mckinney as saying that the "command-assisted investigation" was opened after the Naval Academy and the Naval Criminal Investigative Service (NCIS) received "a midshipman report of alleged recreational drug use within the Brigade."

"The results of the investigation are still pending. We are continuing to work with NCIS on these reported allegations. The Navy has a zero tolerance for drug abuse and takes all allegations of misconduct very seriously," Mckinney pointed out.

Putting a bad reputation on our beloved school. Much much different when we were there.

The probe comes after representatives of the US Drug Enforcement Administration used drug-sniffing dogs to search the rooms of suspects at the US Naval Academy whey they found cocaine.

"Three midshipmen are accused of selling cocaine, ketamine (a powerful sedative) and LSD to their classmates purchased on the dark web using Bitcoin, according to three midshipmen currently enrolled at the school."

Sedative? They can stay awake long enough to take one? Wrong…

​In all, two dozen Naval Academy midshipmen are involved in a drug-dealing ring which is not the first such case within the institution. According to Fox News, seven cadets were expelled from the academy over drugs between 2010 and 2017.

Because the academy is so easy to get in and there is no such thing as a drug test? #stupidity

The dark web is the World Wide Web content that exists on dark nets, overlay networks that use the Internet but require specific software, configurations or authorization to access.

Getting High With The Times? Cartels Use Drones to Smuggle Drugs Into US