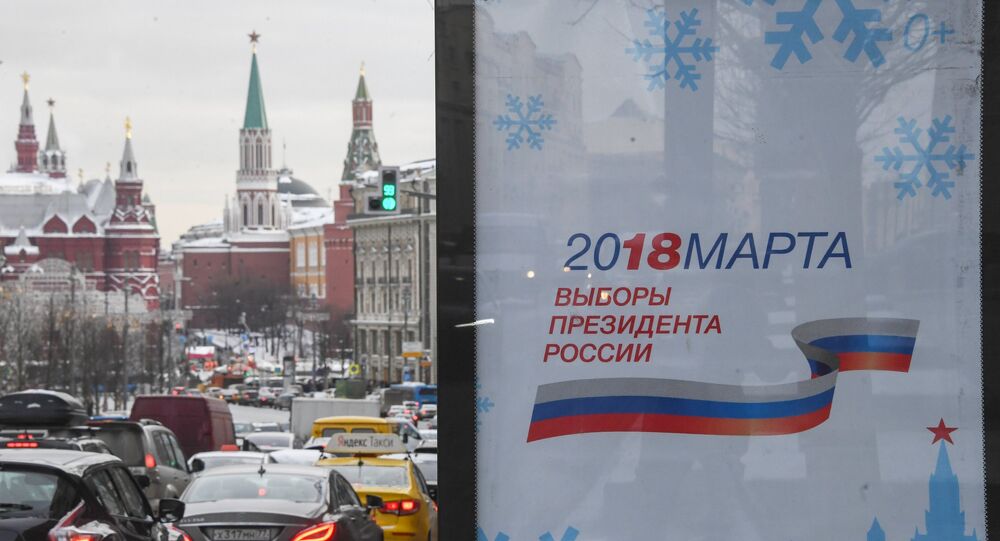 MOSCOW (Sputnik) - Changes in the US political establishment after the election of President Donald Trump have not reshaped the country's policy toward Russia, as Washington continues with its attempts to intervene in the upcoming Russian presidential election, a report prepared by a member of the Russian presidential Security Council, said.

The report prepared by Andrey Manoylo, a member of the Russian presidential Security Council, which will be presented later on Wednesday, focuses on methods and technologies of US interference in Russian election campaigns based on analysis of the votes that took place in 1996–2018.

Attempts to Meddle in Elections to Continue

The report stated that, at a minimum, the interference will be carried out by the US Congress and affiliated organizations.

"In his latest speech before the Congress in late January, Trump gave a clear signal for the attack, calling Russia one of the key rivals along with China and 'rogue states.' So the political interference in the presidential election in Russia by US agents of influence will continue, at least, by the US Congress and its affiliated public organizations and information resources, as well as via party institutions," the report said.

Manoylo pointed out that the US attempts to organize a revolution in Russia in 2012, when the country faced mass protests after the presidential election, had failed, and predicted that the United States would intensify its pressure on Russia ahead of this year's vote.

"The new administration in Washington does not lose hope to change Russia's foreign policy and weaken its positions after the upcoming presidential election in March 2018. That is particularly reflected in persistent statements of CIA head [Mike] Pompeo, aimed at justifying in the eyes of the US and the world public interference in the Russian elections," Manoylo said.

According to the report, the United States understood that there were no prospects to organize a revolution in Russia and is resorting to other methods of pressure. Firstly, Washington wants to impose sanctions on Russian elites in order to influence their sentiments. Secondly, the United States is trying to downplay Russia's significant achievements, most notably the country's outstanding results at the 2014 Sochi Olympics, which were overshadowed by a doping scandal.

The report said that the United States would try to sponsor information campaigns against those close to Russian President Vladimir Putin.

READ MORE: How US Meddles in Other Nations' Elections 'in the Interests of Democracy'

"Such information attacks can intensify and will become less trustworthy as the election approaches," the report’s author said.

In order to carry out these steps, the United States will resort to existing social institutions and media operating in Russia and financed by the US Congress and its affiliated organizations.

Russian Ex-Ambassador in US Kislyak Calls Allegations of Meddling 'Fantasies'