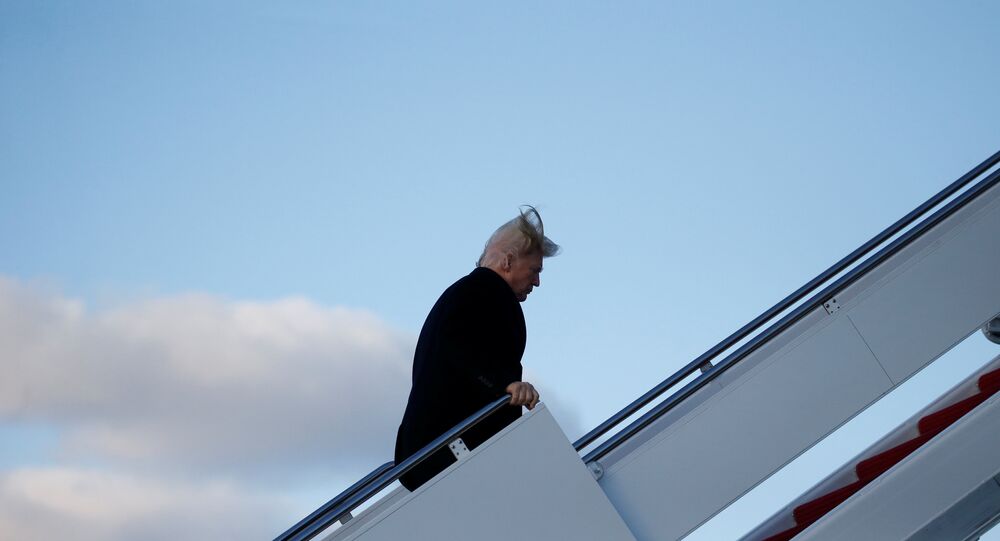 WASHINGTON (Sputnik) - US President Donald Trump said on Wednesday that he supports the immigration bill crafted by Senator Chuck Grassley from the US state of Iowa, and urges all members of Congress to support it.

"The Grassley bill accomplishes the four pillars of the White House Framework: a lasting solution on DACA [Deferred Action on Childhood Arrivals], ending chain migration, cancelling the visa lottery, and securing the border through building the wall and closing legal loopholes," Trump said in a statement issued from the White House.

"I am asking all senators, in both parties, to support the Grassley bill and to oppose any legislation that fails to fulfill these four pillars – that includes opposing any short-term 'Band-Aid' approach."

According to the president, the majority of Americans approved of the plan which fulfills his four principles and is a responsible and commonsense option.

Senate Majority Leader Mitch McConnell has given members time until the end of the week to come up with a compromise on immigration that Trump will sign.

Negotiations on DACA have begun. Republicans want to make a deal and Democrats say they want to make a deal. Wouldn’t it be great if we could finally, after so many years, solve the DACA puzzle. This will be our last chance, there will never be another opportunity! March 5th.

Trump has been urging Congress to pass new laws to reform the immigration system, insisting that Congress include funding for a wall to be built on the US-Mexico border in any reform package, which lawmakers have been reluctant to do. There have been no indications Mexico will pay for the wall, despite Trump's campaign promises.

Meanwhile, earlier in the day, US District Court Judge Nicholas Garaufis delivered a judgment in New York that the DACA could not be canceled "pending a decision on the merits of these cases."