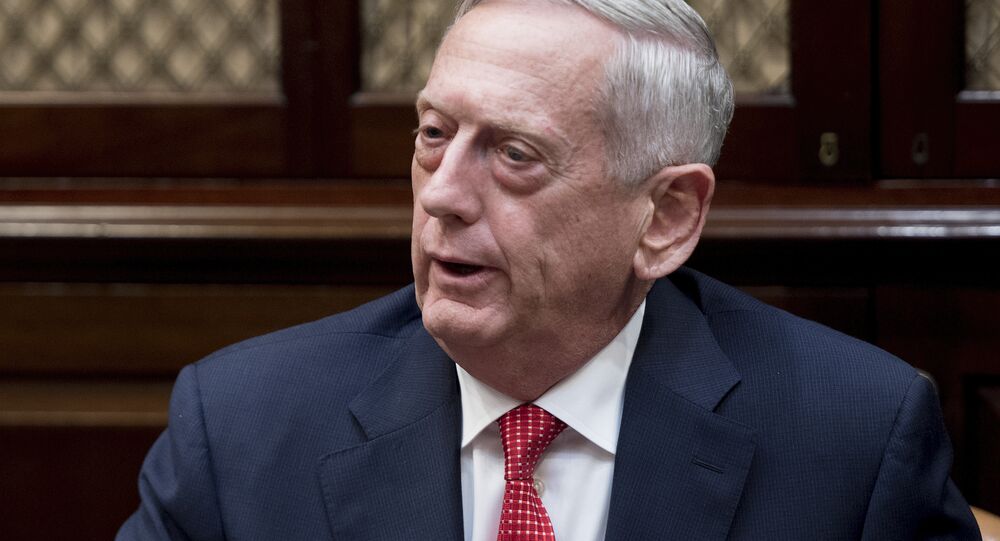 WASHINGTON (Sputnik) - US Secretary of Defense James Mattis fired the convening authority for military commissions, Harvey Rishikof, who was responsible for overseeing trials of detainees held at the Guantanamo Bay detention center in Cuba, US media reported on Monday.

According to the Miami Herald, the US Defense Department said Rishikof and the legal adviser for military commissioners Gary Brown were both removed from their jobs.

© AFP 2020 / SAUL LOEB
Trump Reiterates Call for 'DEATH PENALTY' for NY Attacker He 'Would Love' to Send to Gitmo
There is no word on why Mattis decided to dismiss Rishikof, but media reports suggest it may be due to several recent controversial decisions, including the rejection of charges for three former CIA captives and suspending the contempt sentence for the chief defense counsel.

Despite his predecessor's aspirations to shut down the camp, surrounded by controversy over arbitrary detention grounds, torture allegations and lack of access to proper judicial process for detainees, US President Donald Trump announced in his State of the Union address recently, that he had signed an order to keep the detention center at Guantanamo Bay, Cuba open indefinitely.