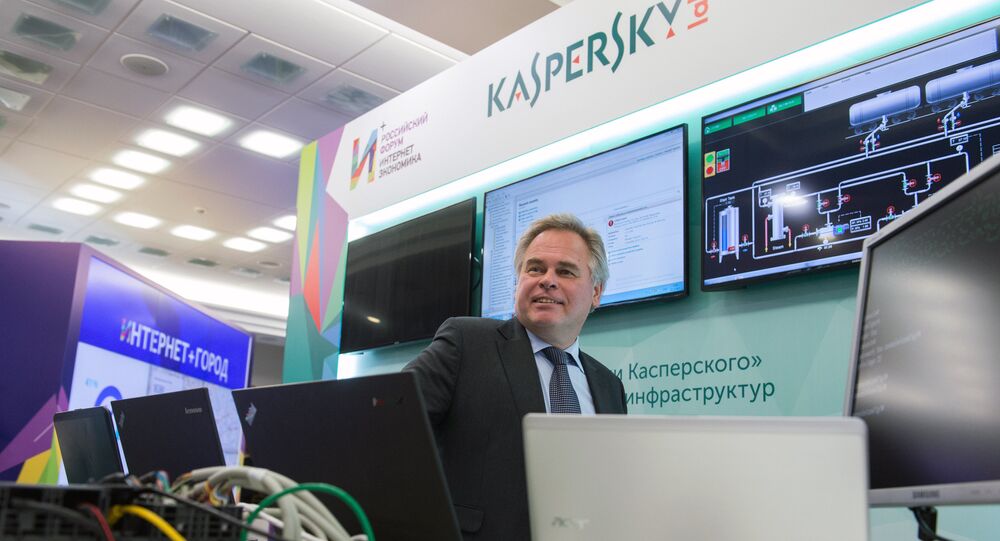 MOSCOW (Sputnik) - Kaspersky Lab anti-virus solutions firm disagreed with the inclusion of its CEO Eugene Kaspersky on the list of Russian oligarchs, the so-called "Kremlin report," the company said Tuesday.

© Sputnik / Evgeny Biyatov
Putin 'Sad' About Not Being Included in US 'Kremlin Report'
The company said that the "Kremlin report" appeared to include all Russian businesspeople from the Forbes list with a personal wealth of over one billion dollars, regardless of how the capital was earned.

Kaspersky noted on his personal Twitter account that the people behind the list did not seem to understand the meaning of the word "oligarch," or they would not have included him and other businessmen with no ties to the government.

My comments on the list published by U.S. Treasury Department:
1) It’s not a sanctions list, people on it aren’t subject to further restrictions. Our operations are intact, we keep providing our customers with protection against any cyberattacks regardless of their origin

2) The list 100% matches the Forbes' rating of RU billionaires https://t.co/ZrfRUgl7RR
3) I believe the people behind the list don’t understand the meaning of the word 'oligarch' otherwise wouldn’t include me and other successful businessmen with no ties to the government

4) Calling all successful businessmen from the Forbes ratings https://t.co/Agzgg1zZ2F 'oligarchs' is incorrect. I believe @BillGates @WarrenBuffett & @JeffBezos would agree with me here pic.twitter.com/j2ZTtBYJMN

© Sputnik / Evgeniya Novozhenova
Moscow: Inclusion of Top Russian Officials in 'Kremlin List' Unprecedented
Earlier in the day, the US Treasury Department published the list, including 114 Russian politicians and 96 businesspeople, who may later be targeted with sanctions. The document itself, however, should not be interpreted as a sanctions list.

The software company has already faced pressure in the United States over its alleged ties to Moscow. In September, the US Department of Homeland Security issued a directive ordering government agencies to delete Kaspersky products from their computers over security concerns. The company has denied all cyberespionage allegations.

'Everything Can Be Hacked': Singling Out Kaspersky Makes No Sense – Expert