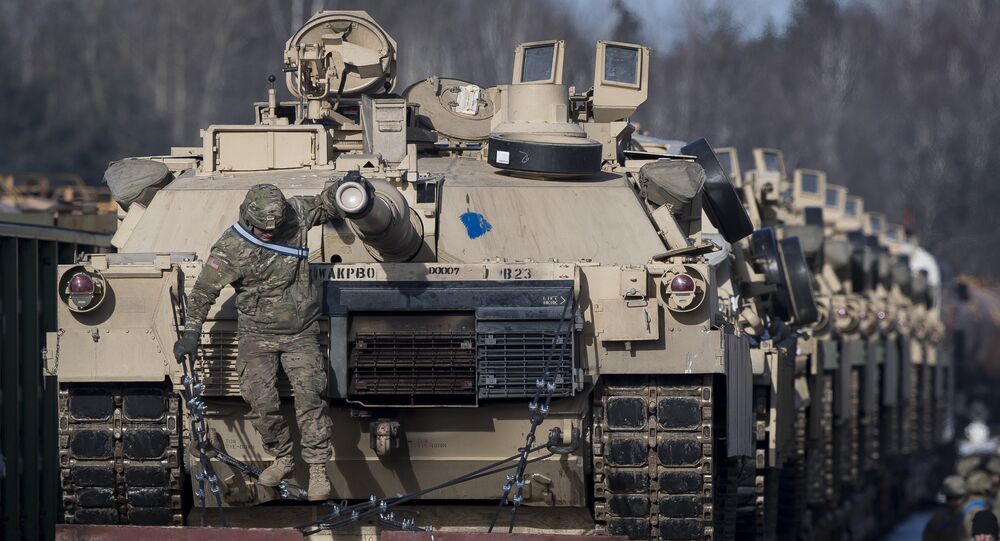 Defense Secretary James Mattis said in a speech last week that the newly-released US national defense strategy is more focused on long-term competition with Russia and China than the war on terror.

"The fruits of NATO expansion, the dumping of the ABM [Anti-Ballistic Missile] Treaty, the interventions in Georgia and Ukraine [and] Russiagate are now paying big dividends because they have fed hysteria now evident in the Nuclear Posture Review and the NSS," Spinney said.

© AP Photo / Caleb Jones
US Defense Against North Korean Missiles Improving - Pentagon Testing Agency
The US defense strategy’s priorities, the former Pentagon analyst added, include codifying and locking in a new Cold War and getting back to business as usual for the "Military-Industrial-Congressional Complex."

"Think of it as simply the intellectual cart following the monetary horse," he explained.

New fears and hostilities had to be generated to replace the fading credibility of the more-than-16-year-old Global War on Terror, he added, in addition to a pretext for a military and nuclear buildup.

"The real name of the game is to set stage for a huge procurement and research and development ramp up in the name of preparedness with an emphasis on the across the board modernization of the nuclear forces," he said.

The US strategy unveiled last week also claimed Russia was set on disrupting NATO and altering the political and economic dynamic in Europe and the Middle East.