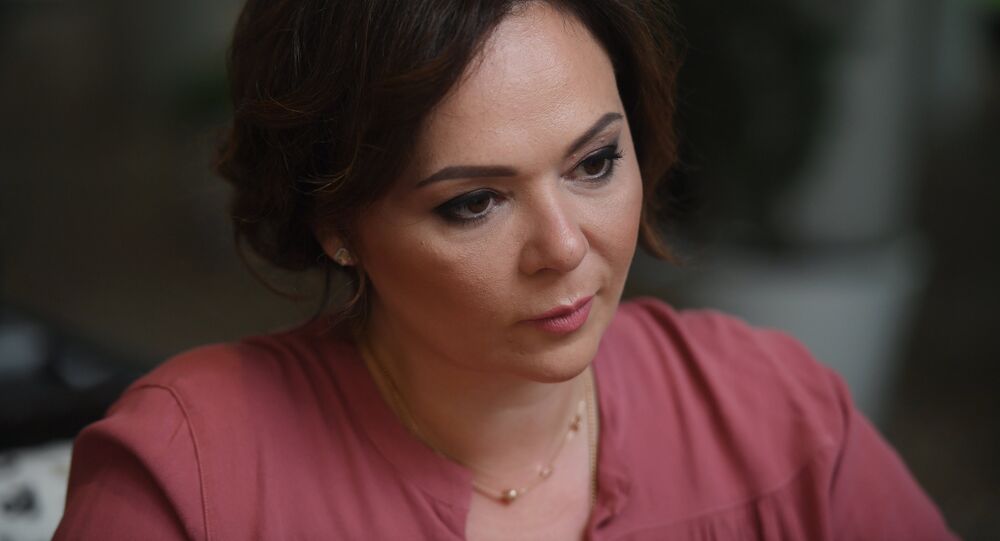 WASHINGTON (Sputnik) - Russian attorney Natalia Veselnitskaya, who was found last year to have met with members of Donald Trump’s campaign at Trump Tower in 2016, has dismissed a salacious dossier on the president, in an interview with Fox News.

"For me it's a really unacceptable document… I couldn't read this through the end, because it's the kind of papers that make you just want to get in the shower after," she told the news channel on Skype.

The outlet said that, although the dossier was not directly related to the 2016 meeting, it was commissioned by Fusion GPS, a company whose founder Glenn Simpson worked for Veselnitskaya's client, the Russian real-estate firm Prevezon.

In July, US media reported that Trump Jr. met with Veselnitskaya in June 2016 expecting to receive confidential information about Clinton. But Donald Trump’s son said the conversation focused solely on the problem of the adoption of Russian children by US nationals.

© Sputnik / Natalia Seliverstova
Congressional Probe Finds New Emails Suggesting Follow-Up to Trump Tower Meeting
On October 24, 2017, The Washington Post reported that the Hillary Clinton campaign and the Democratic National Committee (DNC) had helped fund the Fusion GPS research on Trump’s alleged ties with Russia and possible coordination between his campaign and the Kremlin. Funds were reportedly sent through the law firm Perkins Coie until the end of October 2016.

In June 2016, Simpson employed ex-British spy Christopher Steele to probe Trump's ties with Russia. The 35-page document, published by BuzzFeed in January, contained unsubstantiated claims that Trump participated in activities that could make him vulnerable to Russian blackmail attempts.

The US Congress is currently investigating Russia's alleged meddling in the 2016 US presidential election. The Federal Bureau of Investigation (FBI) has been carrying out a similar probe.

Top Russian officials have repeatedly refuted such accusations. Kremlin spokesman Dmitry Peskov has called all such claims groundless. Russian Foreign Minister Sergey Lavrov has stressed that the accusations of Russia meddling in the elections of foreign states were unsubstantiated.

Natalia Veselnitskaya on Meeting With Trump Jr. and Genocide in the US Press