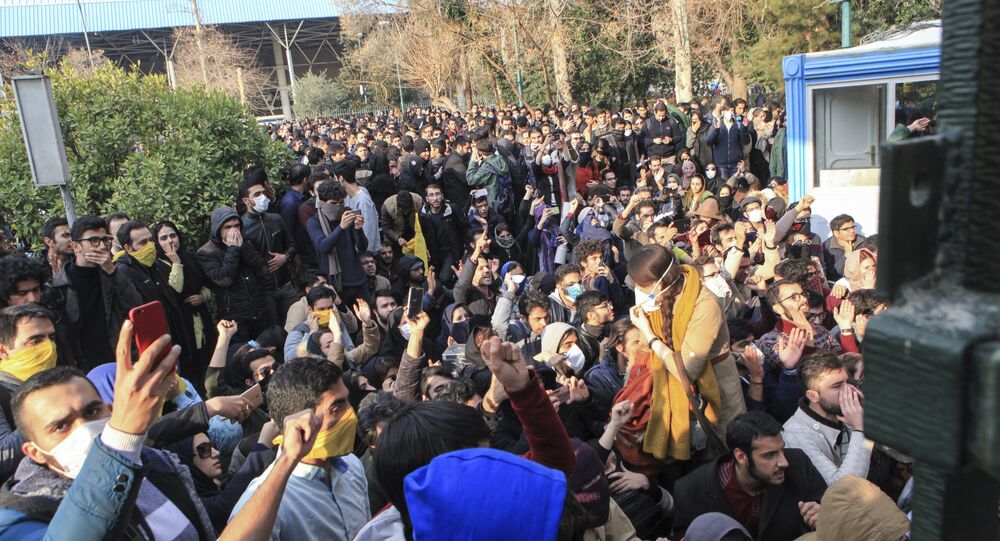 As mass protests in Iran enter their sixth day with few signs of breaking, a former top official for the National Security Agency (NSA) and Department of Homeland Security has published an article advocating for the US to arm protesters with explosives in revenge for American soldiers killed by such devices during the Iraq War.

The post is courtesy of Stewart Baker, who served as the NSA's general counsel, its top lawyer, from 1992 to 1994. In 2003, he testified before the 9/11 Commission on the value of electronic surveillance to prevent future terrorist attacks. In 2005, he was appointed assistant secretary of homeland security for policy under then-president George W Bush, an office he held for two years.

Revenge for what? For Iranian support for militant groups such as Hezbollah and the Quds Force, support that Baker says led to the deaths of American soldiers during the US invasion of Iraq. Therefore, he writes, the US should keep arming Iranian protesters with explosives "on our list of options."

Specifically, Baker advocated for the arming of protesters with explosively formed penetrators (EFPs.) An EFP is a simple machine: a flexible metal plate is placed in front of an explosive charge, and when the charge is detonated the plate reshapes in the air into the shape of a projectile.

EFPs proved a very successful improvised explosive device due to their simple design and inexpensive construction, and were used extensively against US forces in Iraq as a result.

"Three hundred Americans died — and many more were grievously wounded — because Iran introduced this weapon into the Iraq insurgency," Baker wrote. "EFPs are particularly effective in the hands of lightly armed opposition forces that face well-armored government troops."

"If anyone in the world deserves to understand just how devastating, it's the folks who have used their monopoly on guns and tanks to kill protesters, especially since they're the same folks who brought EFPs to the streets of the Middle East."

Baker then went on to wave aside "pearl-clutching reasons" to not arm Iranian protesters with deadly explosive decides: harm to the nuclear deal that the US is signatory to, revenge attacks against the US, a violation of what "some law professor's idea of what the law of armed conflict permits."

At this point, he admits that these are valid criticisms of his proposal. "But to tell the truth, right now, all I really want is for the Iranian government and its murderous stooges to know that sending a few of Iran's EFPs back home is on our list of options."

Seven hours after the article was published, Lawfare chief editor Benjamin Wittes published an Editor's Note responding to Baker's article — a note longer than Baker's article itself. Wittes apologized for publishing the article, which he called "significantly beneath [Lawfare's] editorial standards."

Wittes adds that he gives his senior contributors leeway to publish "whatever they saw fit," a mistake in this case, as he found Baker's analysis inappropriate.

"The problem with the post is that it does not treat the issue with the soberness or seriousness it requires. It contains no legal analysis and very little, if any, policy analysis… and it can plausibly be read to advocate violence with potentially indiscriminate weapons in an emotive, too-personal fashion, and without any argument other than revenge."

Wittes also wrote that the post had sparked a change in the editorial policy of Lawfare to allow himself and Lawfare's other editors the authority to kill articles, even from senior contributors.

Baker replied to Wittes's note in an updated to the article. "I agree that the post was written to make just one short point: The Iranian regime now being challenged in the streets killed hundreds of Americans in brutal fashion a decade ago, so as we ask ourselves how to respond to its suppression of dissent, we should bear in mind the deaths and mutilations it visited on our soldiers," Baker wrote.