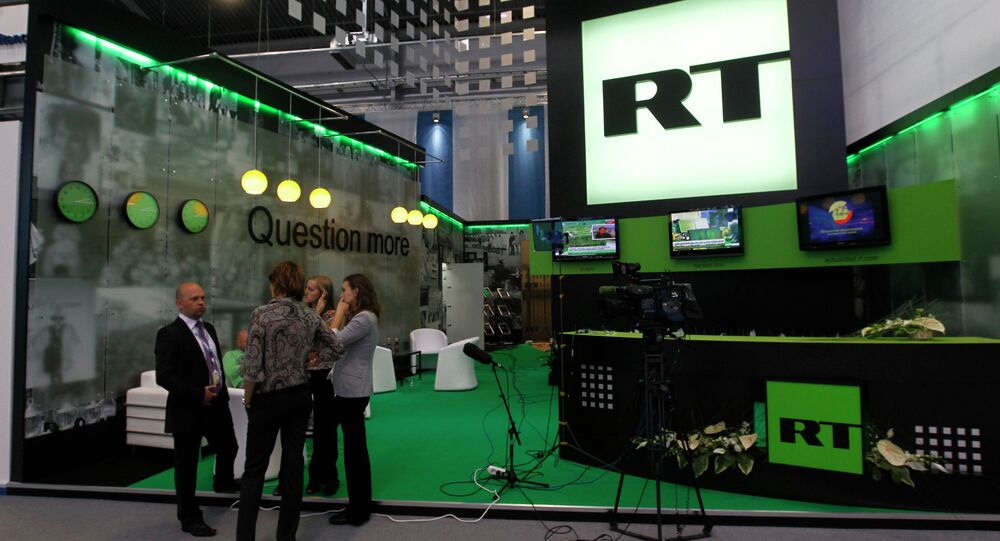 The US Libertarian Party urged the State Department to stop the practice of persecuting media outlets funded from abroad, commenting on the situation with the RT America broadcaster.

"It doesn’t matter if some of that speech is sponsored by people in other countries. The BBC isn’t subject to U.S. government harassment because it’s owned by the United Kingdom. France 24, Deutsche Welle, and Al Jazeera all have a longstanding American presence despite funding by foreign governments… If people don’t like the news coverage or commentary published by RT or any other media outlets, they should respond with their own views and arguments rather than resorting to effective censorship," Nicholas Sarwark, the Libertarian Party's National Committee chair, was quoted as saying in a statement, published Friday.

According to the statement, the party believes that freedom of the press "should be sacrosanct in the United States," however the officials were using the legislation, namely FARA, to hush the views they do not like.

"We stand up for individual freedom and advocate radically limiting the unjust exercise of authority, so people with an entrenched interest in the status quo fear our ideas and try to keep us off the ballot. No matter how controversial some ideas may be, though, the government’s ability to silence them is a far larger threat to freedom," Sarwark added.

© Sputnik / Evgenya Novozhenina
Sputnik's Partner FARA Registration 'Purely Political' - Editor-in-Chief
RT broadcaster Editor-in-Chief Margarita Simonyan said on November 13 that RT America had registered under the Foreign Agents Registration Act (FARA) in the United States upon the request of the US Department of Justice (DOJ). On November 29, the US Congressional Press Galleries voted to immediately take away credentials from RT.

RT has recently faced significant pressure in the United States, with US lawmakers and the intelligence community claiming the broadcaster may had been involved in Russia's alleged attempts to influence the 2016 US presidential election. RT and Russian authorities have denied all of such allegations, calling them as unsubstantiated.