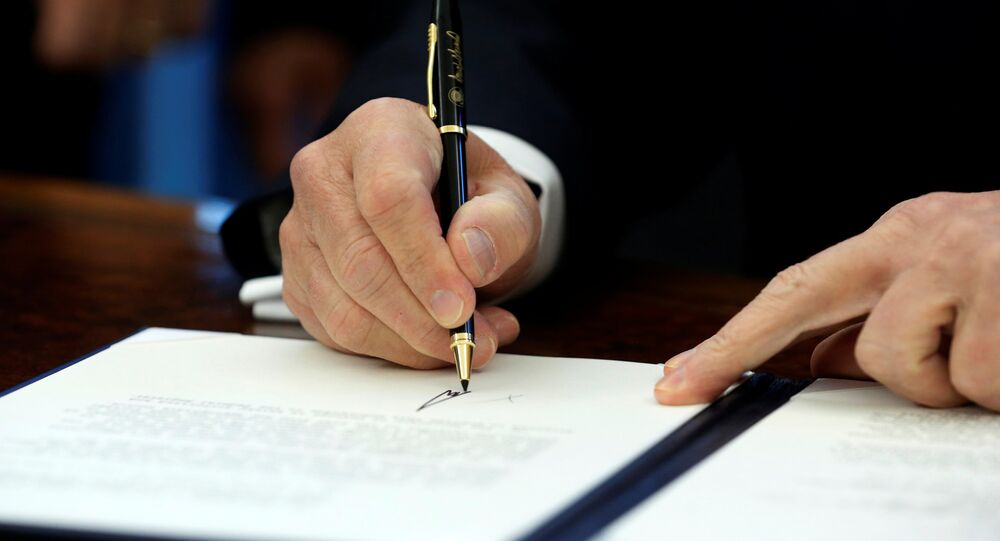 The US Commerce Department will impose sanctions on Russian companies that have provided technology to help develop the new weapon outlawed by the Intermediate-Range Nuclear Forces (INF) Treaty, Politico reported on Friday.

WASHINGTON (Sputnik) — US media also reported, citing a senior administration official that US President Donald Trump has approved these new restrictions against Moscow.

Earlier in the day, US Department of State spokesperson Heather Nauert said in a release the United States is prepared to stop its intermediate-range missile systems research if Russia complies with all the terms of the INF treaty. Nauert explained that while the United States will continue to seek a diplomatic solution, it is now pursuing economic and military measures to induce Russia to return to the INF treaty compliance.

© Sputnik / Vladimir Rodionov
Gorbachev: Political Will Is Needed to End US-Russia Row Over INF Treaty
The State Department spokesperson added the United States remains committed to its INF treaty obligations and seeks Russia’s return to compliance with the agreement.

Earlier on Friday, the Russian Foreign Ministry said Moscow will comply with all the terms of the INF treaty as long as the United States complies with them, and is ready to conduct professional dialogue with Washington.

In September, US Secretary of State Rex Tillerson accused Russia of violating the INF treaty. The Russian Foreign Ministry said the US accusations were groundless, adding that the United States did not present any evidence to support its claims.

Gorbachev: Political Will Is Needed to End US-Russia Row Over INF Treaty

Russia May Prepare Adequate Response If US Withdraws From INF Treaty