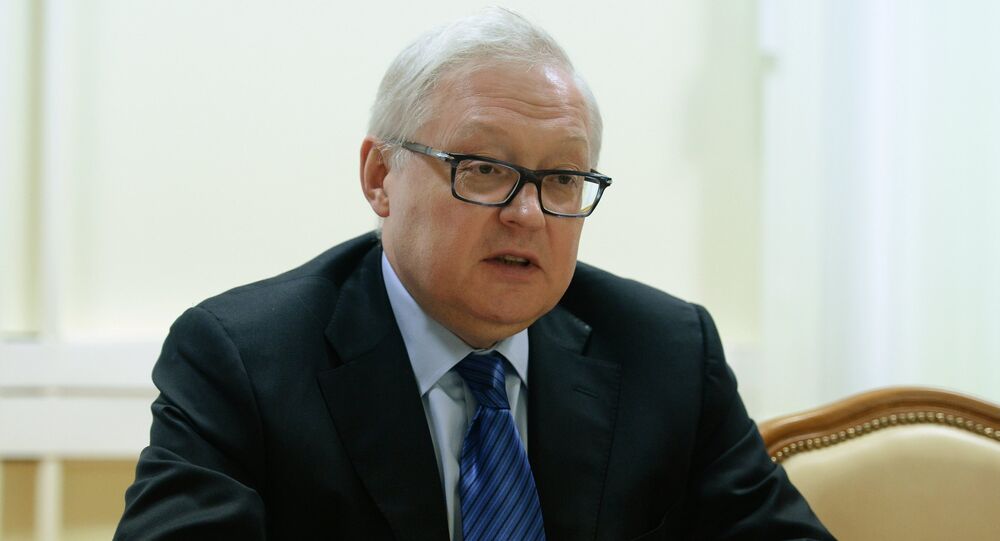 Russian Deputy Foreign Minister Sergei Ryabkov called Washington's attempts to accuse Moscow of violating the Intermediate-Range Nuclear Forces (INF) Treaty "unacceptable," adding that the United States failed to provide the facts that could prove that violations had been made.

MOSCOW (Sputnik) – The United States has not provided a single fact confirming its accusations that Russia is violating the Intermediate-Range Nuclear Forces Treaty, Ryabkov said on Monday.

“Attempts to accuse Russia of violating several agreements, including the INF Treaty, are unacceptable for us … During all the time when such accusations were voiced, the US side did not provide the facts which could have been used as grounds for such claims,” he told reporters.

The US-Russia row over the INF Treaty has been escalating recently. The US Senate has passed a new defense policy bill accusing Russia of violating the INF Treaty. The document has authorized the Defense Department to begin developing a new conventional road-mobile ground-launched cruise missile system with a range of between 500 (310 miles) to 5,500 kilometers.

© AFP 2021 / BRENDAN SMIALOWSKI
Russia May Prepare Adequate Response If US Withdraws From INF Treaty
The both sides are also working on the New START treaty, that was signed by Russia and the United States in 2010. Moscow and Washington jointly agreed to decrease the number of deployed nuclear warheads to 1,550 and the number of deployed intercontinental ballistic missiles, submarine-launched ballistic missiles and strategic bombers to 700 by 2018.

In February, media reported that US President Donald Trump denounced the treaty in his first phone call with Russian President Vladimir Putin, calling it a bad deal negotiated by his predecessor Barack Obama. In March, the head of US Strategic Command (STRATCOM), Gen. John Hyten, said that a possible cancellation of a nuclear arms reduction agreement between the United States and Russia might trigger an arms race.

The INF Treaty signed by Soviet President Mikhail Gorbachev and his US counterpart Ronald Reagan in 1987 prohibits the development, deployment, and testing of ground-launched ballistic or cruise missiles with ranges between 300 and 3,400 miles. Moscow and Washington have repeatedly accused each other of violating the treaty.