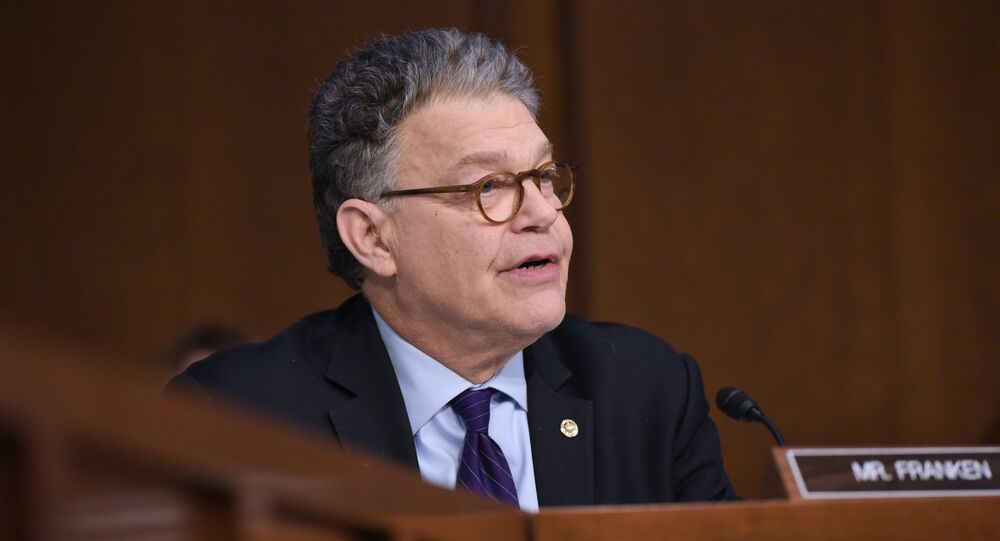 Fourteen US Democratic Senators have called for their colleague, Sen. Al Franken (D-MN), to resign after a seventh woman came forward on Wednesday accusing him of sexual misconduct. The senators have all posted on Twitter or made other public statements that Franken should resign his seat, and others are joining the call by the minute.

Inbox: @maziehirono “Today, I am calling on my colleague Al Franken to step aside." pic.twitter.com/urIIJjJR75

As elected officials, we should be held to the highest standards—not the lowest. The allegations against Sen. Franken describe behavior that cannot be tolerated. While he’s entitled to an Ethics Committee hearing, I believe he should step aside to let someone else serve.

It is clear that Al Franken has engaged in a pattern of egregious and unacceptable behavior toward women. He should resign.

I believe it is best for Senator Franken to resign.

I agree with my colleagues who have stepped forward today and called on Senator Franken to resign. We can’t just believe women when it’s convenient.

Just in — Joe Donnelly 10th Senate Dem to call on Franken to step aside: “Senator Franken’s conduct and behavior are unacceptable and he should resign.”

Tom Perez, the chairman of the Democratic National Committee (DNC), also joined the call for Franken to resign.

On Wednesday morning, Politico published an article claiming a former Democratic congressional aide had revealed to the publication that Franken sexually assaulted her in 2006. Franken, then a radio show host, allegedly tried to forcibly kiss her.

"He was between me and the door and he was coming at me to kiss me. It was very quick and I think my brain had to work really hard to be like, 'Wait, what is happening?' But I knew whatever was happening was not right and I ducked," the aide, who asked to have her name withheld, told Politico. "I was really startled by it and I just sort of booked it towards the door and he said, 'It's my right as an entertainer.'"

Franken denied the charge in a statement to Politico. "This allegation is categorically not true and the idea that I would claim this as my right as an entertainer is preposterous. I look forward to fully cooperating with the ongoing ethics committee investigation," he said.

The woman is the seventh to come forward and accuse Franken of such misconduct. He isn't the only one on Capitol Hill to be facing sexual harassment allegations — on Tuesday, Rep. John Conyers (D-MI) resigned following a barrage of former female aides accusing him of harassment.

Franken's office announced that he will hold a press conference on Thursday.