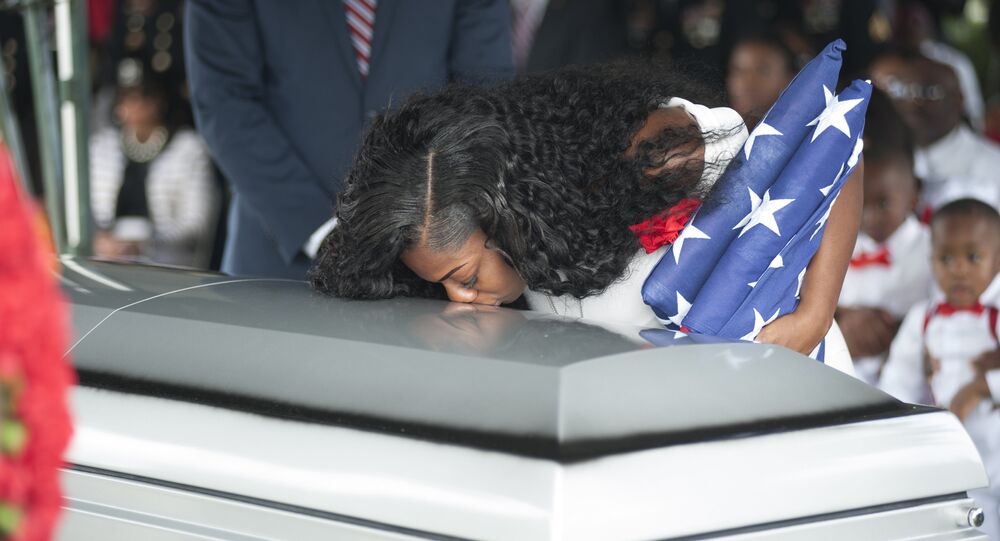 When the US Defense Department informed major news outlets that more remains of deceased US Army Sgt. La David Johnson had been found in Niger, the military neglected to first inform the Johnson family.

They only learned of the details from news reports, according to Rep. Frederica Wilson (D-FL).

"We can confirm that the Armed Forces Medical Examiner has positively identified these remains as those of Sgt. Johnson," a Pentagon spokeswoman told CNN Tuesday.

"It is a shame for any Gold Star Family to go through the pain and agony of learning about their son’s last moments on TV," Wilson commented a day later.

Adding insult to injury, just last month, Joint Chiefs of Staff Chairman Gen. Joe Dunford claimed it was the military’s "first priority" to tell families about details of the October 4 ambush in Niger that killed four US service members before such information was made public.

Myeshia Johnson, the sergeant’s widow, was never allowed to see her husband’s body after it was returned to the US and was forced to hold a closed-casket funeral.

Wilson has been a vocal critic of US President Donald Trump’s handling of the incident, writing October 23 on Twitter "Niger is @realDonaldTrump’s Benghazi. He needs to own it.” The congresswoman later claimed Trump "needs to investigate this very, very closely because I will be making sure Congress does that."

Wilson is reportedly very close to the Johnson family and served as a mentor for the young US service member before he was slain.