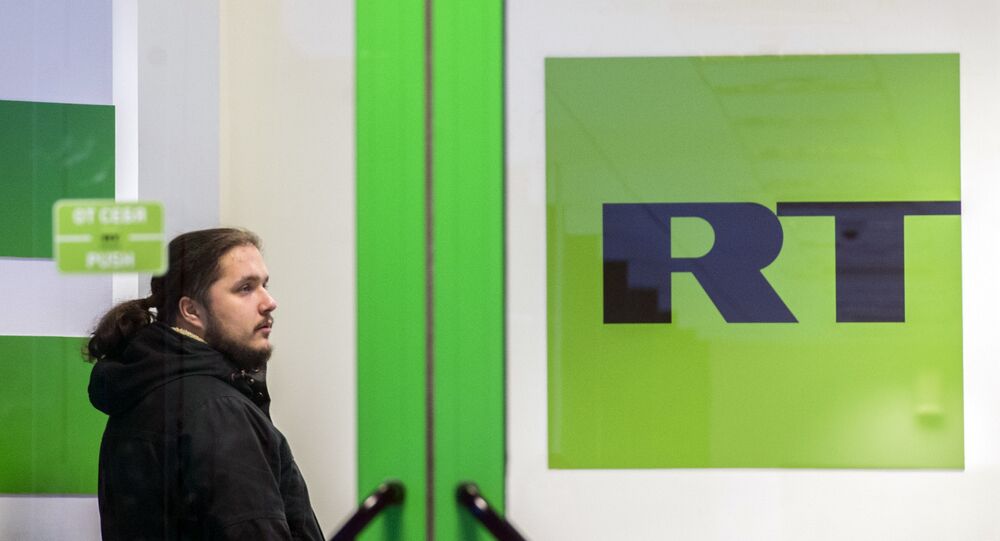 RT broadcaster Editor-in-Chief Margarita Simonyan said Monday that RT America had registered as a foreign agent in the United States.

The US Department of Justice has demanded that RT America register under Foreign Agents Registration Act (FARA) by Monday. Simonyan last week called the deadline "cannibalistic."

"Between a criminal case and registration we chose the latter, which we congratulate the American freedom of speech and all those who still believe in it on," Simonyan said on Twitter.

Margarita Simonyan earlier said that the broadcaster would agree to register under FARA, otherwise it would face closure on the territory of the US.

Under FARA, RT America will have to hand over the contact details and salary information along with other internal data to the US authorities. The registration will also make the arrangement of interviews and the work of the broadcaster in general more complicated.

© Sputnik / Igor Russak
Demonization of RT, Sputnik Marks the Death Rattle of the Washington Consensus
The Justice Department's decision to compel RT to register as a foreign agent in the US has prompted harsh criticism from watchdogs and organizations.

The head of Russia's presidential Human Rights Council, Mikhail Fedotov, said the US step against the broadcaster gives Russia grounds to use the provision of the law on media to impose restrictions in response.

The Committee to Protect Journalists (CPJ) has called the move ill-advised and warned Moscow against using the decision as "a pretext to justify punitive action."

"Compelling RT to register under #FARA is a bad idea." Alex Ellerbeck of @CPJAmericas pic.twitter.com/GK9YhY6SXR

​Russian President Vladimir Putin has repeatedly said that Moscow will take reciprocal measures if Washington takes steps to restrict the work of Russian media outlets in the US.

Russia's State Duma Speaker Vyacheslav Volodin on November 10 instructed the committees of the lower chamber of the parliament to develop a legislative response to US Justice Department's measures. The bill is expected to be adopted by November 17.

RT has been pressured by US authorities over the alleged interference in the US elections. In recent weeks Twitter has decided to block ads from accounts owned by the broadcaster.