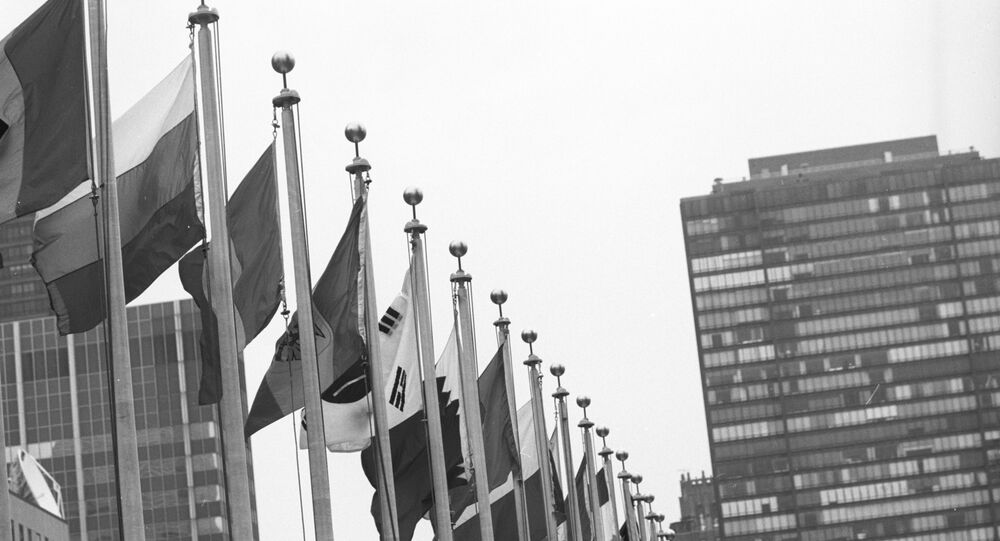 "However, the local authorities refused to issue entry visas to the entire delegation, including the delegation head, [Tretyak]," Yemelyanov said.

© AFP 2021 / Josh Edelson
Moscow Strongly Opposes Russian Flag Removal From Diplomatic Properties in US
The US Department of State has declined to comment on its denial of visas for Russian General Staff officials, a department spokesperson told Sputnik later on Thursday.

"Since visa records are confidential under the Immigration and Nationality Act, we are not able to discuss individual visa cases," the spokesperson said.

Lavrov: US Removal of Flags From Russia's Diplomatic Missions Unacceptable