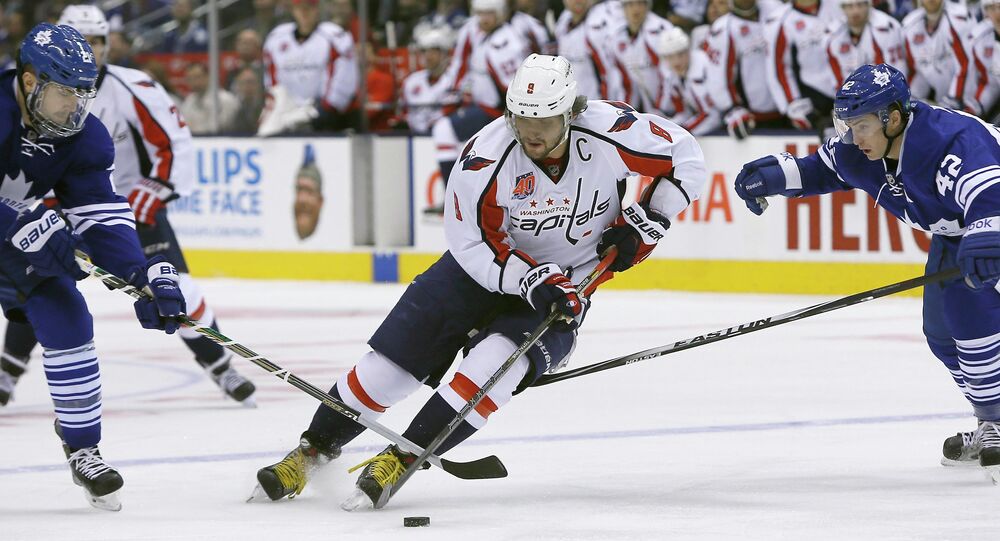 The Washington Capitals’ Russian forward Alexander Ovechkin once again etched his name into ice hockey’s record books by scoring back-to-back hat tricks in both of this season’s two opening games.

On Saturday night, the Washington Capitals’ 32-year-old captain scored four goals as his team routed the Montreal Canadiens 6-1 becoming the first NHL player to do this since 1917.

It was the fourth four-goal game of his career and second against the Canadiens.

It was the his career’s 19th hat trick that tied him with teammate Peter Bondra for the all-time franchise lead.

© Sputnik / Grigoriy Sokolov
Ovechkin Tops Media List of Russian NHL Players in March
Alexander Ovechkin is the first to have had hat tricks in season openers since Cy Denneny of Ottawa, Joe Malone of Montreal and Reg Noble of Toronto, accomplished the same feat in the first two games of the 1917-18 season.

Considered by many to be one of the greatest goal scorers in the history of the NHL, Alexander Ovechkin was named one of the 100 Greatest NHL Players of all time in 2017.