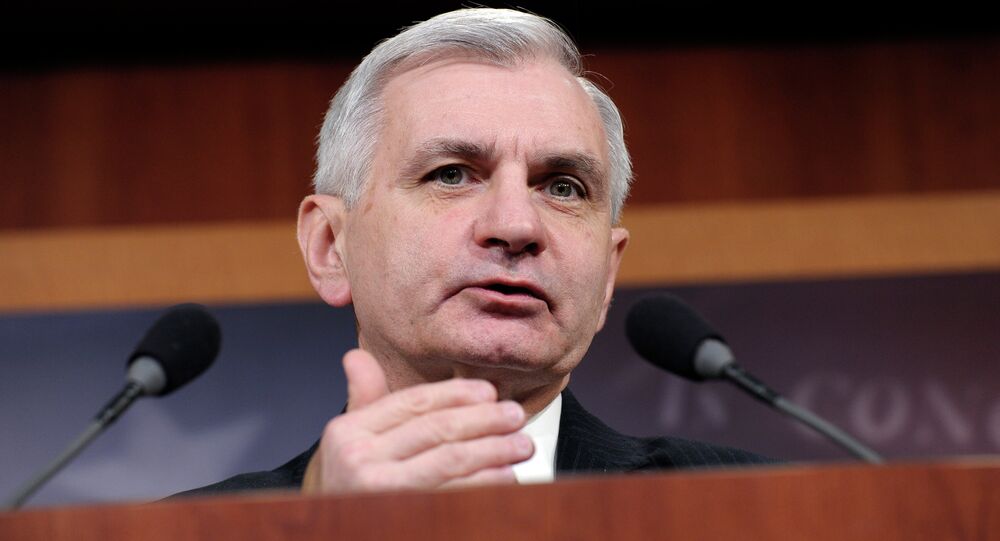 US Senator: No Evidence of Collusion Between Trump Campaign, Russia

Former presidential candidate Hillary Clinton blames a lot of things for her loss. Early September, she claimed that she was convinced of collusion between Russia and Trump's associates during the 2016 election campaign in the US, however, proves are still missing.

WASHINGTON (Sputnik) — No evidence has surfaced in a Senate probe of Moscow’s role in the US 2016 presidential campaign indicating that Trump aides colluded with Russia, Senate Armed Services Committee Ranking Democrat and ex-officio member of the Intelligence Committee Jack Reed told guests at the Council on Foreign Relations on Friday.

"I have not seen any evidence," Reed stated in response to a direct question based on allegations by many Democrats that Russia and Trump aides coordinated efforts to attack the credibility of Democratic candidate Hillary Clinton.

At the same time, Reed called the evidence "overwhelming" that Russia deliberately interfered in the elections, especially through elaborate systems of social media bots on Twitter.

© AFP 2021 / Brendan Smialowski
US Media Claims of Russia-Trump Collusion 'Look Like Something Out of Cheap Soap Opera'
Reed explained that a public report on the Senate panel’s conclusions probably would not be available until sometime next year.

Russia has repeatedly said it does not interfere in the affairs of other countries. Russian officials have called the US allegations of election meddling absurd and invented to deflect public attention from actual instances of revealed election fraud and corruption as well as other issues.