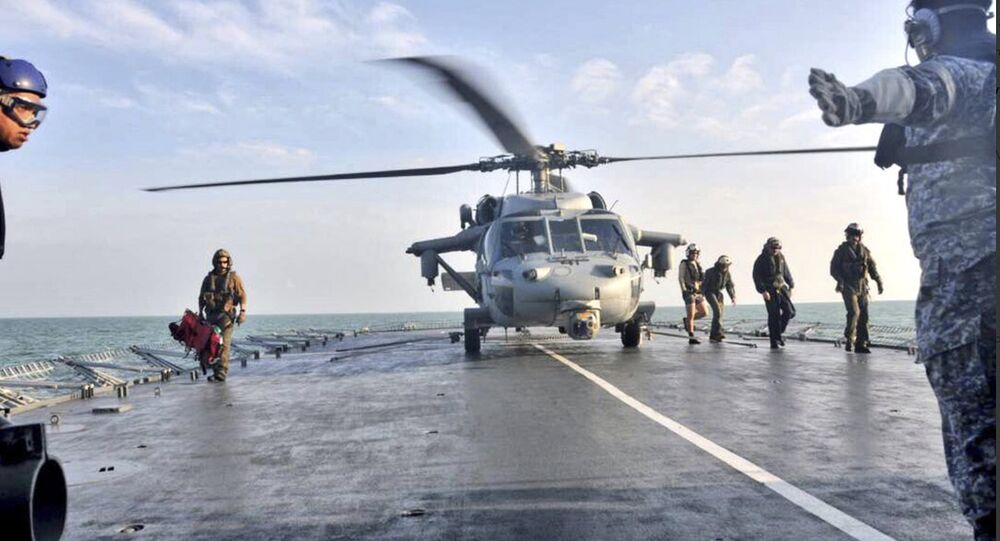 The US 7th Fleet is using its pause in seafaring operations to get back to basics and focus on training called watch stand fundamentals, the Navy said in a press release posted on Thursday.

WASHINGTON (Sputnik) – The seventh fleet earlier in the day suspended search and rescue operations for the sailors missing after destroyer John S. McCain collided with a merchant vessel near the Straits of Malacca and Singapore on August 21. Ten US sailors died in the incident.

"Each command will take a full work-day dedicated to this operational pause," Adm. Scott Swift, commander, US Pacific Fleet said in the release.

The McCain became the fourth ship from the Navy's 7th Fleet to be damaged at sea. In May, a guided missile cruiser collided with a South Korean fishing vessel, and then in January a warship ran aground in Tokyo Bay. On June 17, the USS Fitzgerald collided with the Philippine-flagged merchant vessel ACX Crystal suffering damage on its starboard side above and below the waterline. Seven sailors died in the incident.

Tags:
destroyer, US Pacific Fleet, US Navy, US
Community standardsDiscussion