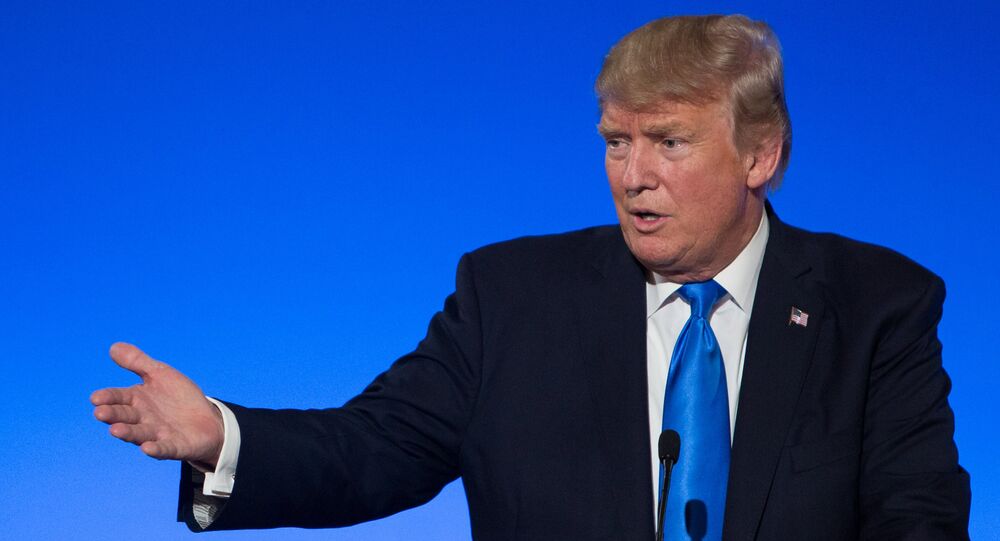 "The courts have made clear to the Trump administration: grandparents are family," said Attorney General Eric Schneiderman. "Since January, Attorneys General have been on the front lines fighting this unconstitutional, unlawful, and un-American ban — and we’ll continue to act to protect our communities and ensure families are not torn apart."

In June, US Supreme Court upheld the nationwide injunctions against executive order on immigration that temporarily bars nationals of six Muslim-majority countries from entering the Unites States. The court ruled that people having bona fide relationship with a person or entity in the United States, should be exempt from the ban.

© REUTERS / Brian Snyder
N Korean Foreign Ministry Slams New US Travel Ban for Pyongyang
Grandparents of US residents, however, did not qualify as persons with close family ties and were barred from entering the United States in the original injunction. Last month, the US state of Hawaii filed a motion to clarify the scope of the remaining injunction in the case, arguing that Trump administration had too narrow interpretation of "close familial relationship."

On Thursday night, the attorneys general filed a brief with Ninth Circuit Court of Appeals, seeking enforcement of the motion put forward by Hawaii, according to the press release.