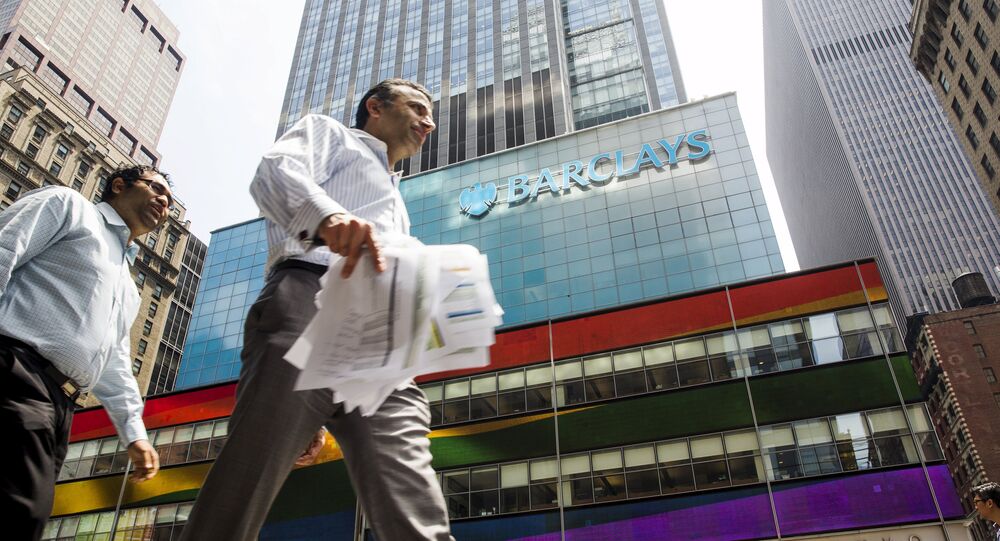 California imposed a travel ban against eight other states, which had recently adopted state legislations allowing private individuals and entities to deny LGBTQ people certain services, whilst providing them, however, with an alternative.

© AFP 2020 / Josh Edelson
Obama Says Progress on LGBT Matters in US Is Irreversible
Kristian Rouz – The Californian sanctions, albeit not necessarily properly justified, might impair national unity and hurt economic cooperation within the US.

Earlier this year, the state of California imposed a travel ban against four other US states, situated mostly in the American South, over the alleged discrimination of LGBTQ people, having subsequently added four more states to the sanctions list last week.

The Californian travel ban prohibits the use of state-provided funds or sponsorship to travel to the states on the list, which, the state government in Sacramento argues, violates human rights.

The move has stirred widespread controversy and backlash, and the state of Tennessee has issued an official response to the Californian sanctions, defending the rights of individual states to enact and impose the policies deemed necessary in accordance with the moral values shared by the majority of their population. Tennessee lawmakers went even further, blasting California’s high taxes and overall fiscal inefficiency, saying that the Golden State is not in a position to impose any “unfounded moral judgement” on other states.

The Californian legislation, dubbed Measure AB 1887, says that the state would not fund any trips to the blacklisted states because of those states’ “discrimination against lesbian, gay, bisexual and transgender people.”

© Flickr / Philippa Willitts
LGBT Section Disappears From White House Website After Trump Inauguration
Why did California implement sanctions against these states in the first place? In Kansas, for example, House Bill 2453, known as the Religious Freedom Act, says that no individual or religious organization is required to provide services or goods to LGBTQ people if, for example, homosexuality is seen as unacceptable by such individuals or entities. Gay marriage registration would also not be compulsory for religious organizations in Kansas, and any form of domestic partnership outside the traditional concept of marriage is not necessarily valid, under the Religious Freedom Act.

Similar legislations were introduced in other California-sanctioned states during the past couple of years. The letter and spirit of all such legislations provide that LGBTQ people could be denied certain services by any individual or entity, should the latter be opposed to the idea of homosexuality and/or gay marriage and related issues.

"Our country has made great strides in dismantling prejudicial laws that have deprived too many of our fellow Americans of their precious rights. Sadly, that is not the case in all parts of our nation, even in the 21st century," California Attorney General Xavier Becerra said.

© REUTERS / Murad Sezer
At Least 10 Detained in Turkey's Istanbul During Unauthorized LGBT Rally - Reports
However, there is rife debate over the reasons and possible effects of the Californian sanctions. Individual states, especially in the American South, where the ideals of state rights and traditional family values prevail, do not see their policies as “discriminatory.”

"This bill is not about discrimination, but instead protects the ability of religious agencies to place vulnerable children in a permanent home," Alabama Governor Kay Ivey said.

In South Dakota and Texas, state governments adopted policies similar to Alabama’s. North Carolina got on the sanctions list because of the long-lasting bathroom controversy – state government requires that people use public lavatories in accordance with their gender at birth.

© AP Photo / Patrick Semansky
Ivanka Trump, Jared Kushner Behind White House Extension of LGBTQ Protections
In Tennessee, however, state lawmakers prohibited educators to punish students for wearing religious symbols and having religious messages on their clothes. Tennessee schools now also cannot prevent students from expressing their political and religious beliefs in homework, art, speech and any other activity. Tennessee also allows doctors to deny treatment to LGBTQ people if their beliefs do not allow them to.

The issues with the Californian sanctions are very complex and vary state to state. In Texas, like many other southern states, most orphans are adopted through religious groups, and had state lawmakers not have allowed the option to deny gay couples child adoption, religious organizations would have ceased their assistance in placing orphan in new homes. The resulting orphanage crisis, Texas lawmakers decided, would be a far worse disaster.

Tennessee lawmakers, on their part, say their recent legislation upholds the freedom of speech and individual beliefs.

“The (Californian travel) ban stems from legislation enacted by Tennessee that allows counselors to refer patients to other counselors who can better meet their goals, which the California State Legislature has judged to be morally reprehensible,” Tennessee lawmakers said.

The state of Tennessee also blasted California’s action as infringement of the 10th Amendment, which guarantees individual states their right and sovereignty within their jurisdiction.

Both Texas and Tennessee also criticized California’s economic inefficiency, which stems from the latter’s erratic policies on the state level, such as the latest travel ban.

"California may be able to stop their state employees, but they can't stop all the businesses that are fleeing over taxation and regulation and relocating to Texas," said John Wittman, a representative of Texas Governor Greg Abbott.

Tennessee lawmakers approached the issue with a touch of irony, having said, “Tennessee is pleasantly surprised that California will not be sending its economic development teams to Tennessee to recruit our businesses.” Yet, Tennessee warned the other 48 states from joining or imposing travel bans or any other form of sanctions against their ‘sister states,’ vowing ‘reciprocal action.’

The legislation adopted recently across the red states, and California’s sanctions have revealed a deep divide in the values and approaches to state government administration in different parts of the US. Whilst the sanctioned states do not directly discriminate against LGBTQ people, they allow non-LGBTQ people to voice and act on their opinions in the matter; the Californian sanctions are politically hazardous as they might undermine the unity of the nation and produce disastrous economic consequences in the form of severed economic ties between states.