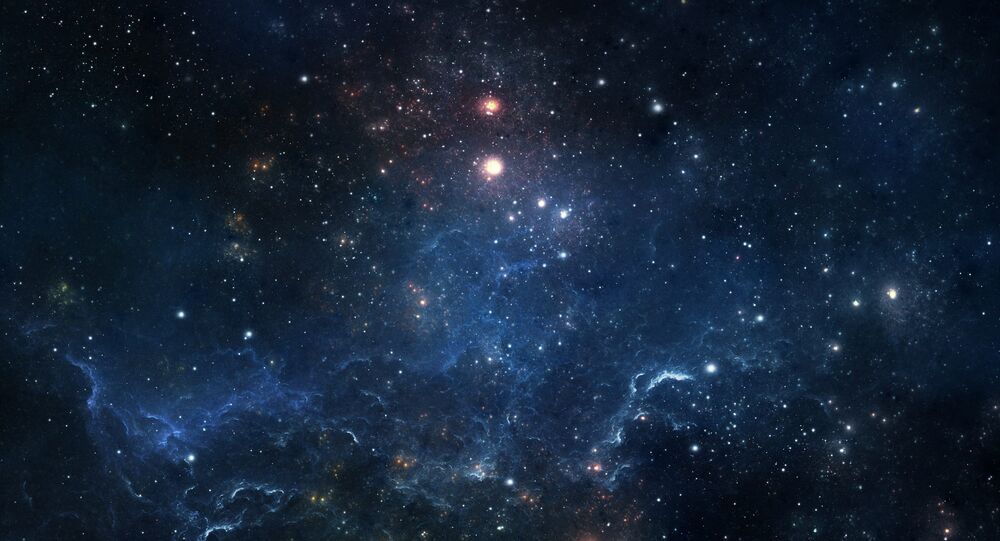 Renowned US physicist and cosmologist, Lawrence Krauss, joined his colleagues from around the world to discuss the remarkable developments of Cosmology relating to the beginning and end of the universe during the Kaspersky Geek Picnic festival that took place over the weekend in Moscow.

© REUTERS / NASA
Astronomers Create ‘Supermassive’ Map of the Universe
Talking to Sputnik about the discovery of gravitational waves and its influence on people’s perception of how the universe came about, Dr. Krauss said that even though it is still too early to make any serious conclusions, scientists now know that Einstein’s theory of relativity is working just fine and is very helpful in man’s study of the Universe.

Krauss pointed out that while scientists still have little information about super-massive black holes, all that could change before the century is out: “I think that some 50 years from now, our gravitational detectors will be able to see not only how black holes merge together, but the gravitational waves born out of the Big Bang.”

When asked if people could ever see what really happened during the Big Bang and when the next breakthrough in cosmology could be expected, Lawrence said that the world was now on the threshold of a potentially monumental discovery.

“The microwave detectors we have on the South Pole listening to the echo of the Big Bang are now sensitive enough to “catch” gravitational waves generated at the very beginning of the life of our Universe. If we manage this we will learn many things about what it looked like in the first micro-microsecond (10–18) of its existence,” Lawrence said.

“We will also obtain the first correct data about the existence or nonexistence of parallel Universes, that’s why I believe that we live in a most fascinating time when all the best there is in science is still ahead of us,” Lawrence Krauss enthused.

On moving humans to Mars

Lawrence Krauss said that before mankind starts colonizing Mars, it should busy itself dealing with the many problems it is facing down on Earth.

“We should learn to address global problems together before we start conquering space,” he emphasized.

In recent years, the idea of Mars colonization evolved from a science-fiction plot into a real project for business magnate and inventor Elon Musk, who came up with a program of creating a Mars civilization by the 2020s.

The program would take 10,000 flights, according to his estimates, with each SpaceX spacecraft fitting between 100 and 200 passengers, and the cost of cargo delivery amounting to about $140,000 per ton.

Half a minute closer to Armageddon

“We did this after the president of the world’s two nuclear superpowers made a number of aggressive statements about nuclear weapons making the situation more dangerous than it was a year before,” Krauss noted.

“I believe that President Trump has no idea what nuclear weapons are all about and why it is so imperative for us to check their spread. We are worried by his desire to build up the US nuclear arsenal and his refusal to implement the existing nuclear nonproliferation accords,” he added.

He mentioned other alarming developments, such as the nuclear tests and ballistic missile launches by North Korea, global warming, which threatens the very future of human civilization, and cyber wars.

Lawrence Krauss is an internationally renowned American-Canadian theoretical physicist and cosmologist who is Foundation Professor of the School of Earth and Space Exploration at Arizona State University.

He is the author of dozens of popular science books on cosmology and other scientific fields many of which have become bestsellers. He also appeared in several documentaries and the popular TV series How the Universe Works.