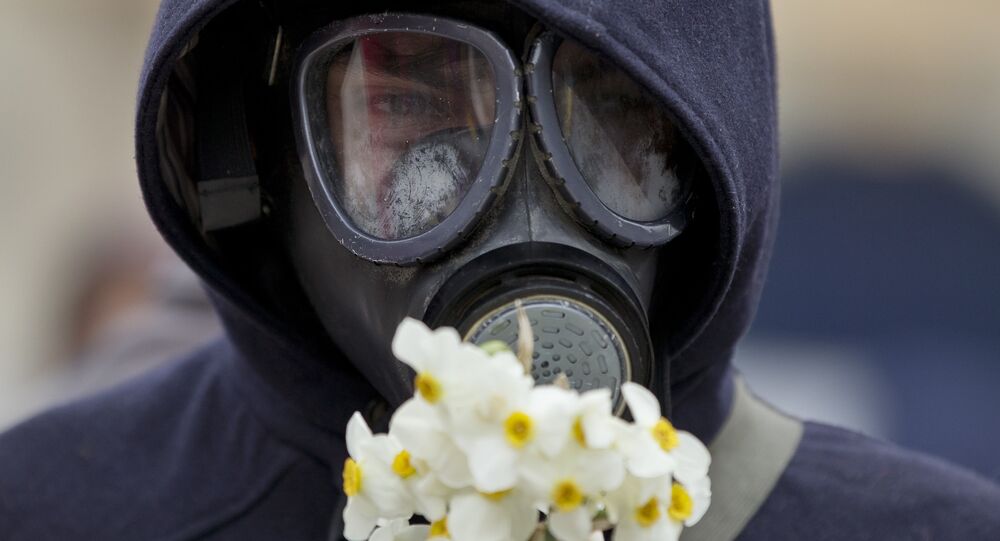 Pesticide manufacturer Dow Chemical is lobbying for President Donald Trump to ignore research that proved their chemicals are toxic and harmful to children and wildlife, including nearly all the endangered species that were tested.

According to a report from the Associated Press, Dow lawyers, along with two other pesticide manufacturers, sent requests on April 13 to three of Trump’s cabinet agencies, requesting that they “set aside” the results of the government studies that proved their products to be harmful. The companies argue that the studies on the organophosphates are “fundamentally flawed.”

“The industry's request comes after EPA Administrator Scott Pruitt announced last month he was reversing an Obama-era effort to bar the use of Dow's chlorpyrifos pesticide on food after recent peer-reviewed studies found that even tiny levels of exposure could hinder the development of children's brains,” AP reported.

© AP Photo / LM Otero
At Least 4 Children Killed, 6 People Hospitalized by Pesticide in US Texas
“In his prior job as Oklahoma's attorney general, Pruitt often aligned himself in legal disputes with the interests of executives and corporations who supported his state campaigns. He filed more than a dozen lawsuits seeking to overturn some of the same regulations he is now charged with enforcing.”

Three environmental groups are now suing the Environmental Protection Agency over the reversal of the ban, arguing that it is well documented that exposure to the chemicals has been linked to attention, memory and intelligence deficits, tremors, and autism in children.

© Flickr / Danny Perez Photography
After Mass Bee Die Off Canada Considers Ban on Pesticides
Dow has close ties to Trump, as their CEO is one of the president’s advisors and runs a White House manufacturing working group. Dow also donated $1 million to help fund Trump’s inauguration.

"Dow actively participates in policymaking and political processes, including political contributions to candidates, parties and causes, in compliance with all applicable federal and state laws," Rachelle Schikorra, the director of public affairs for Dow Chemical, told the AP. "Dow maintains and is committed to the highest standard of ethical conduct in all such activity."

Schikorra added that suggestion that their donation was intended to gain influence with the administration is "completely off the mark."