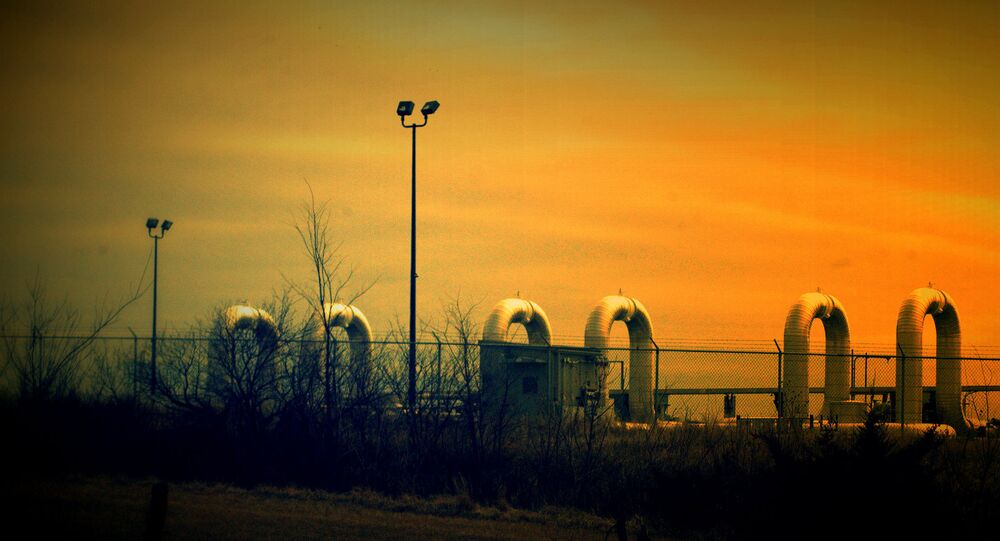 TransCanada said in a press release on Thursday it has filed again to obtain a permit with the Public Service Commission in the US state of Nebraska to construct a portion of the Keystone XL pipeline planned to pass through the state.

WASHINGTON (Sputnik) — The proposed 1,179-mile Keystone XL pipeline would link the oil sands region in the Canadian province of Alberta to the US state of Nebraska, and all the way to the oil refineries on the Gulf of Mexico coast.

Former president Barack Obama refused to grant TransCanada a permit in 2015, but Trump signed an executive order in January authorizing the project.

"TransCanada Corporation today announced it has filed an application with the Nebraska Public Service Commission (PSC) seeking approval for the Keystone XL pipeline route through the state," the release stated.

DAPL, Keystone XL to Come Back Online; Trump Withdraws From TPP
The company explained the proposed route was evaluated by the Nebraska Department of Environmental Quality and approved by the state’s governor in 2013.

TransCanada claimed in the release that the preferred route is expected to have minimal environmental impact in Nebraska.

However, opponents to the Keystone XL pipeline have said the claims by TransCanada and those of the supporters of the pipeline are disingenuous.

The Keystone XL pipeline is intended to ship Canadian tar sands oil from Alberta to Port Arthur and Houston on the Gulf coast of the US state of Texas.