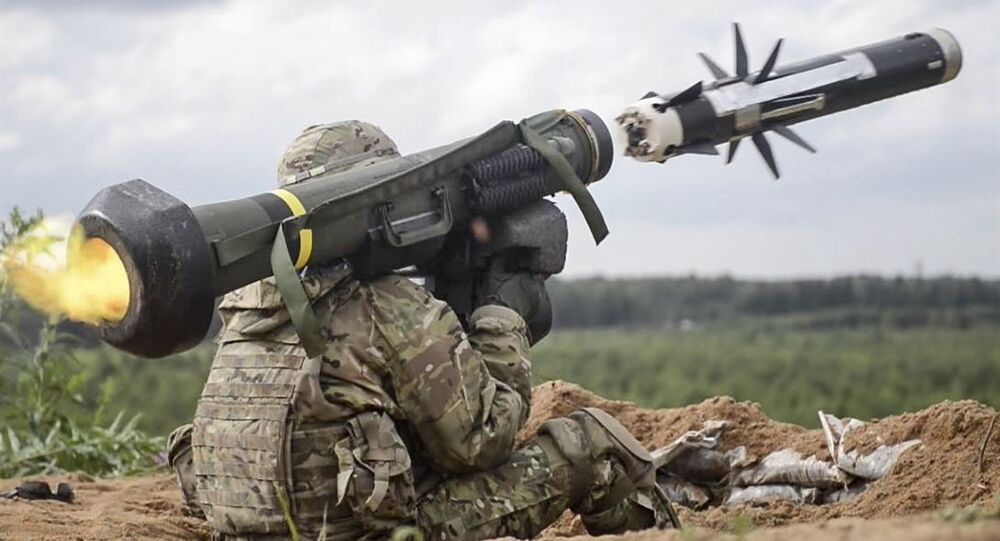 © Sputnik / Irina Gerashchenko
Two Killed, 13 Injured as Ukrainian Army Fires Rockets at Donetsk - DPR
In a letter released earlier in the day, McCain called on the Trump Administration to provide defensive lethal assistance to Ukraine in light of alleged intervention by Russia, but did not specify what types of weapons.

The Javelin antitank missile is the world’s first mass-produced infrared-homing "fire and forget" missile system capable of destroying tanks by hitting them head-on or by swooping down on them from above.

The downside of this system is its impressive price tag with the export version costing $125,000 and a single missile selling for $40,000. The Javelin uses an automatic, infrared guidance system that allows the user to seek cover immediately after launch, as opposed to older, wire-guided systems.

The situation in southeastern Ukraine, namely in the industrial towns of Avdiivka and Yasynuvata, became aggravated this weekend when both towns were bombarded with shells, which resulted in heavy losses on both sides. The Ukrainian forces and Donbas militia are trading accusations for the escalation of fighting.

Senator McCain Looks Forward to Addressing ‘Many Challenges’ With Trump