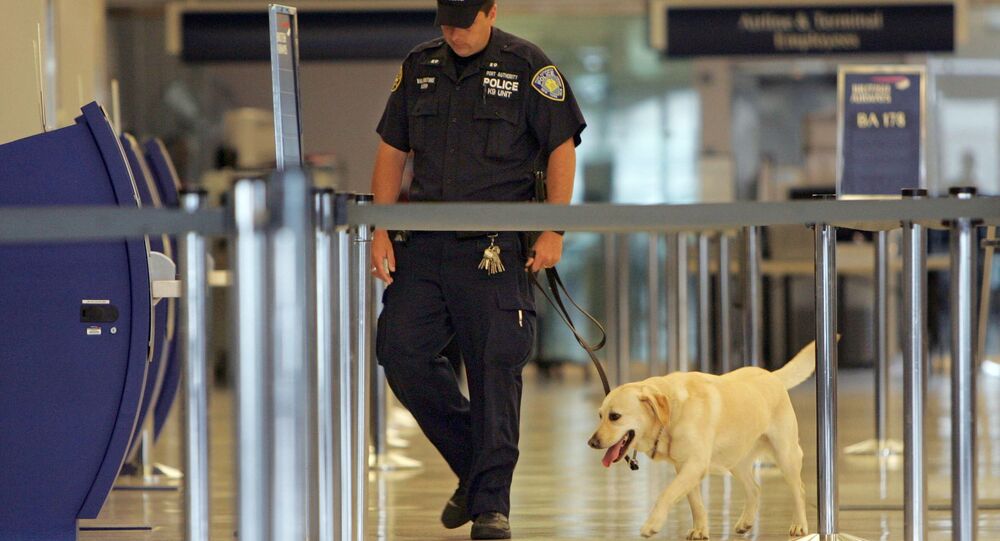 A Massachusetts businessman went on a tirade and attacked a Muslim woman employed at New York City’s JFK airport, even managing to bring US President Donald Trump into the mix of his profanity-laced rant.

© AP Photo / Lynne Sladky
Mississippi Set to Label Assault on Cops, First Responders as Hate Crime
Robin Rhodes, 57, the former CEO of a company called Nitrofreeze Cryogenic Solutions, was reportedly waiting for a flight at John F. Kennedy International Airport, when, for reasons unknown, he verbally abused and physically attacked a female employee of the airport.

According to the Queens District Attorney's office, Rhodes approached the office of Rabeeya Khan, an airport employee, shouting, "Are you [expletive] sleeping? Are you praying? What are you doing?" Rhodes then allegedly kicked the office door open.

After forcefully opening the door to Khan's office, Rhodes allegedly embarked on a profanity-laced tirade, throwing insults at the terrified woman. His verbal flow involved Islam, the Daesh terror group and President Trump, apparently because the employee, a Muslim, was wearing a hijab scarf over her head.

Khan reportedly asked what she had done to make Rhodes so angry. Rhodes is accused of answering: "You did nothing but I am going to kick your [expletive] a-."

According to prosecutors, Rhodes kicked Khan in the leg, and at that moment, another person intervened to hold Rhodes back, allowing Khan to escape from her office. Rhodes then chased her, before falling on his knees, yelling mock-Muslim prayer chants in a loud voice.

"Trump is here now," he is reported to have shouted, according to prosecutors. "He will get rid of all of you. You can ask Germany, Belgium and France about these kind of people. You will see what happens."

Rhodes was quickly arrested and, as police handcuffed him, he said: "I guess I am going to jail for disorderly conduct. I couldn't tell if it was a man or woman because their back was to me and they had something covering their head."

The suspect is charged with assault, unlawful imprisonment, menacing, and harassment as hate crimes.

His company, Nitrofreeze Cryogenic Solutions, upon learning of the incident, quickly removed his name from its website.

Cited by Fox News, Rhodes's mother said that her son's behavior was uncharacteristic, as he is "very kind" and "goes out of his way to hire people of different races and ethnicities."

Rhodes faces four years in prison. Whether he will undergo a thorough mental-health examination prior to his trial is not known.