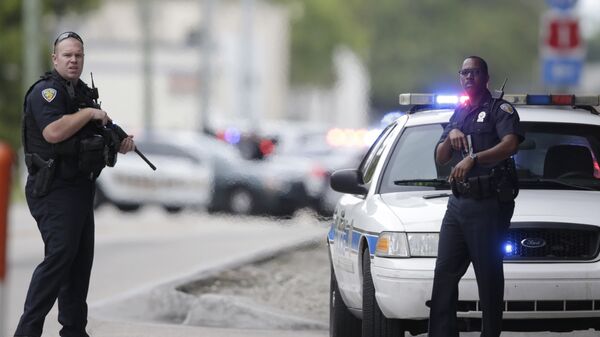 Hate Crime on the Rise in New York, But Is it Trump’s Fault?
The Mississippi state senate judiciary committee is currently discussing new legislation which, if passed into law, would label assault on police officers, firefighters and emergency first responders as hate crimes. This classification would be applied in cases where assault was committed specifically due to a victim's profession. Mississippi will be the second state to introduce such legislation, as Louisiana signed a similar bill in May 2016.

The legislation, officially named SB-2469, will see enhanced penalties for those who commit assault on emergency services personnel, as hate crimes are penalized at a higher level than general assault. Previously, hate crimes were limited to race, gender, religion and nationality, and the new bill expands the definition to include law enforcement and first responders, including firefighters.

"We want to send a message to everyone in America and the whole world that if you come to Mississippi and you intentionally assault, you try and kill or you unfortunately kill an officer, you will receive the maximum penalty that we can possibly issue to you," said Mississippi Senator Philip Moran, one of the two authors of the bill.

Press Rec: US, UK Police Hope Body-Worn Cams Will Cool Down Violent Interactions
The bill has sparked controversy, as Democratic state senator Barbara Blackmon reportedly proposed the inclusion of an amendment that would make incidences in which police shoot their guns while on duty, unless they have engaged in "proper procedure," also a hate crime. Her amendment was not included in the final bill.

Mississippi American Civil Liberties Union (ACLU) executive director Jennifer Riley-Collins strongly opposes the bill, saying it is both unnecessary, in terms of reducing assaults on police officers, and does not make officers any safer.

"Statistics show that violence against police is down. There are already severe, enhanced penalties for assaults on police officers in Mississippi. This bill, and others like it, prioritizes police over people," she said.