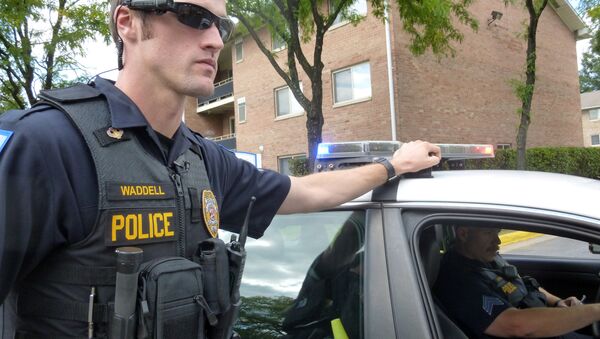 Specialist police units in London, UK, are to be issued with body cameras to increase convictions, and protect officers faced with armed criminals.

More than 600 officers from London Metropolitan Police Territorial Support Group (TSG) will be handed the body cams because of the levels of "ferocious violence" that some officers face. This can be from gang members armed with knives or guns.

"Trials show the footage helps us present clear evidence and secure convictions at court. I believe this will be a positive step in enhancing public confidence in the TSG and the wider Met," Chief Superintendent Craig Haslam said.

Research carried out by the University of Cambridge, looking at 2,000 officers across the UK and US forces, suggests wearable cameras can lead to a 93% drop in complaints made against police by the public.

A randomized-controlled experiment led by Cambridge University's Institute of Criminology discovered the 93% drop.

Researchers involved in the project say this could be down to the cameras modifying behavior through more awareness that incidents are being recorded by a "digital witness."

The experiment stretched between California and the Midlands in the UK over 2014 and 2015 and took in over 1,429,868 officer hours.

The findings, published in the journal, Criminal Justice and Behavior suggested that the body-cameras contributed to a "profound sea change in modern policing."

Some London Boroughs still don't have Body Warn Cameras but I want them to have Spit Guards as well. Both items protect police and suspects

"Cooling down potentially volatile police-public interactions to the point where official grievances against the police have virtually vanished may well lead to the conclusion that the use of body-worn cameras represents a turning point in policing," lead author Dr. Barak Ariel said, adding that the cameras also made officers more "accountable to the public."

In the US, at least 72 police departments had deployed body cameras for officers to wear, according to the American Civil Liberties Union. However, it's emerged many officers simply turn them off when they want to, negating their purpose.

At least 86 people have been fatally injured by police in the US so far this year, according to website Killed by Police which tracks civilian deaths, in many of the instances, the body cameras were either off, or malfunctioned.

Very disturbed that DC Police have been told to turn their body cameras off while dealing with inaugural protestors today. What?

It is a situation that civil rights organizations are campaigning to change, suggesting that there is little point to the body cameras if they're turned on or off at an officer's will.

DC Police: Body Cameras WILL be rolling during the inauguration, despite the @ACLU misinformation. @snopes https://t.co/vmQcCvUGH6

Only 24 police departments in the US prevent police discretion in operating the cameras, according to The Policy Scorecard. Every public exchange is recorded and it is "required" that officers "provide concrete justifications for failing to record required events."