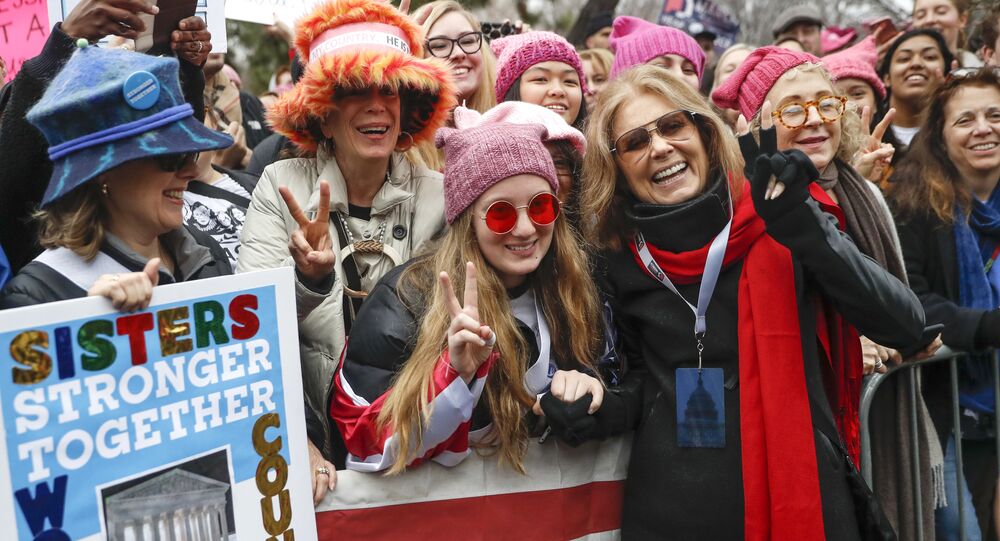 Hundreds of thousands of women flooded the US capital for the Women's March on Washington January 21, easily eclipsing the numbers President Donald Trump's inauguration drew the day before.

Washington's Metro released its ridership figures Saturday morning, and found that ridership was at 275,000 as of 11 a.m. — more than eight times a normal Saturday and busier than most weekdays, the public transit authority tweeted. As of 11 a.m. yesterday, 193,000 rides had been taken.

The National Park Service permit for the event originally estimated 200,000 would come to the event — by Saturday morning, organizers had upped their expected estimate to 500,000.

These numbers were achieved despite reports that some protesters have been stopped at US borders. Eight would-be protesters — six Canadians and two French nationals — were stopped at the border between Quebec and New York state on their way to join march, the Guardian reports. The group told border agents they were going to the march and were told to pull over. For two hours, their cars and mobile phones were searched, and each member of the group was fingerprinted and photographed. Then they were told to go home and not try to cross the border again during the weekend or they'd risk arrest. The two French citizens were told they had been denied entry to the US and would require visas for any future visits.

"And that was it, they didn't give a lot of justification," Sasha Dyck of Montreal, one of those turned around, said.

Gloria Steinem, one of the major lights to address the crowds Saturday morning, lashed out at Trump's rhetoric and personality, and declared it a dangerous time to be a woman.

But, she said, there will be "No more asking daddy. We are linked; we are not ranked, and this is a day that will change us forever because we are together."

A parade of senators, leaders of women's rights organizations and labor organizers are speaking from the rally's starting point near the capital's Nation Mall. Joining them are filmmaker Michael Moore, rights advocate Angela Davis, actresses America Ferrera, Ashley Judd and Scarlett Johansson, and a number of other community organizers and other speakers. The assembled demonstrators will then march to the White House.

Johansson told the crowd that she had not supported Trump, but since he had become president, she wanted to be able to. She called on Trump "to support all women in our fight for equality in all things," and to support women's ability to make reproductive decisions without state interference.

She also said Trump's presidency could provide a possibility for change in America as individuals are inspired to join local politics and local causes.

Speakers drew attention to a spectrum of issues from the rally's platform, among them the need for racial equality in the US, the need to stop Islamophobia, the rights of immigrants and the need to recognize indigenous voices like those opposing the Dakota Access Oil Pipeline at the Standing Rock Sioux Reservation in North Dakota.

In addition to speakers, performances by Janelle Monáe, Maxwell and a lineup of other artists.

DC was not alone in drawing women and their supporters to the streets: massive protests are also underway in Chicago, Los Angeles, Denver, Philadelphia and Atlanta, among other cities.

Some 75 sister marches were also organized in solidarity around the world.