The last man to leave a footprint on the moon has passed away.

Eugene Cernan, who was 82 when he died, flew three times in space, twice to the moon. He was the second American to take a space walk and the last human to set foot on our planet's moon, NASA reports.

Cernan was the commander of the December 1972 Apollo 17 mission, one of the last Apollo flights and the last to go to the moon. He became the 11th person to step foot on the lunar surface; the lunar module pilot, Jack Schmitt, was the 12th. But as Cernan was the last to board the vessel that would take them home, it is his foot that most recently left the moon's surface.

Though he wasn't the first to reach the moon, Cernan was pivotal in getting humans there. In May 1969, he was the lunar module pilot of the Apollo 10 mission, which orbited the moon and tested its lunar lander without actually landing.

In an interview with NASA in 2007, Cernan said, "I keep telling Neil Armstrong that we painted that white line in the sky all the way to the Moon down to 47,000 feet so he wouldn't get lost, and all he had to do was land. Made it sort of easy for him."

On Cernan's own trip to the moon, he and Schmitt stayed for three days, exploring craters and the Taurus-Littrow mountains. As he left the moon — which he recalled being difficult to do — Cernan said, "As we leave the moon and Taurus-Littrow, we leave as we came, and, God willing, we shall return, with peace and hope for all mankind." He also said he wrote the letters TDC — for his then nine-year-old daughter, Teresa Dawn Cernan — on the dusty surface.

"In that whole three days, I don't think there's anything that became routine," Cernan recalled about his time on the moon in a NASA interview. "But if I had to focus on one thing… it was just to look back at the overwhelming and overpowering beauty of this Earth." 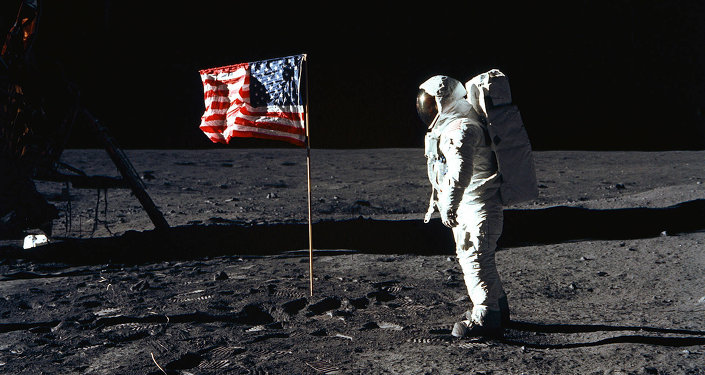 Cernan was born in Chicago and was a Navy attack pilot before being chosen by NASA to join its astronaut class. After retiring from NASA in 1976, he worked for a Texas energy firm, started an aerospace consulting company and eventually chaired an engineering firm that worked on NASA projects. He always remained connected to space exploration, appearing as a television presenter during space launches and giving Congressional testimony on NASA's space program.

"Even at the age of 82, Gene was passionate about sharing his desire to see the continued human exploration of space and encouraged our nation's leaders and young people to not let him remain the last man to walk on the Moon," his family said in a statement on his passing. They did not offer details on his death, but said he was surrounded by loved ones.