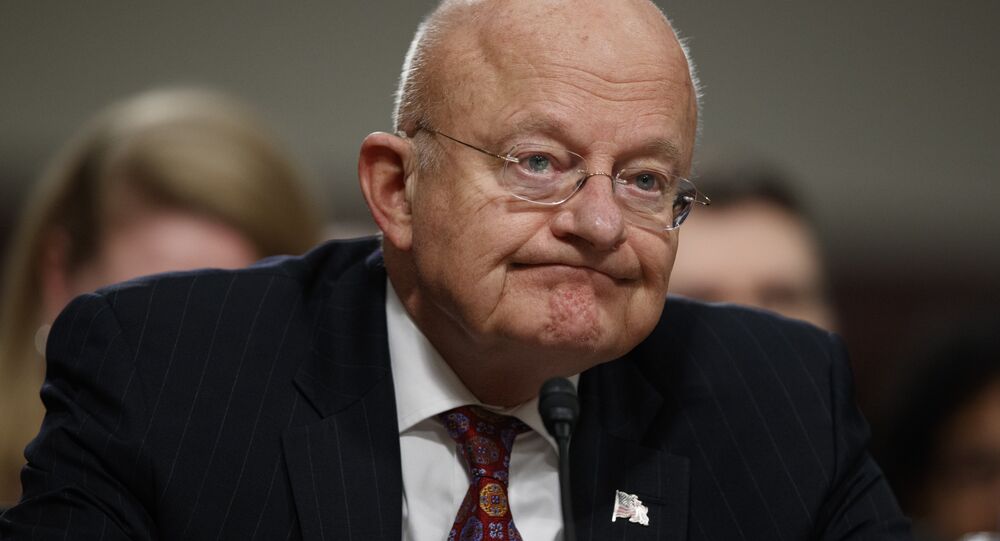 The US intelligence community saw no evidence that Russia changed the vote totals during the 2016 US election, Director of National Intelligence James Clapper said at a US Senate Intelligence Committee hearing on Tuesday.

© Flickr / Frederick Dennstedt
'Clueless' US Intel Report on 'Russian Hack' Becomes a 'Laughingstock'
WASHINGTON (Sputnik) — The US Intelligence Community report claimed that Russia launched an influence campaign in 2016 aimed at undermining public faith in the US democratic process and creating a preference for President-elect Donald Trump.

"We can say that we did not see evidence of the Russians altering vote tallies," Clapper stated.

The key findings in the classified and public versions of the recent US intelligence report on Russian hacking of the US 2016 election are the same, Clapper said.

"We can’t discuss the full range of all information that supports our conclusions because of the extreme sensitivity of these sources, but the key judgments in the public and classified versions are the same."

After receiving an intelligence briefing on the US Intelligence Community's report, Trump said the election outcome had not been affected. US House of Representatives Speaker Paul Ryan also suggested that the assessment should not be used by partisans to delegitimize Trump's presidency.