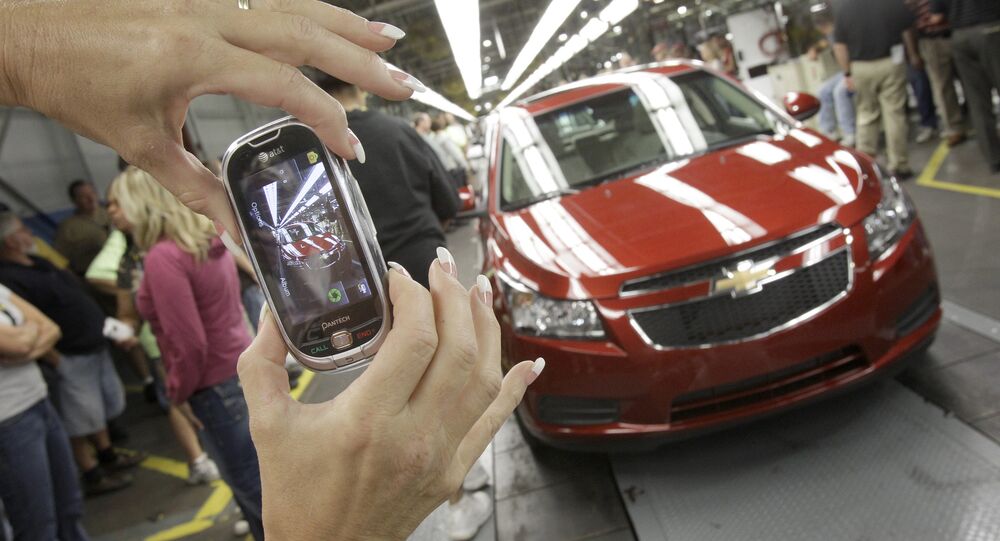 WASHINGTON (Sputnik) — Chevrolet Cruze sedans, which are sold in the United States, are manufactured at a plant in Lordstown, Ohio, General Motors (GM) said in a statement on Tuesday after US President-elect Donald Trump threatened the company with a border tax for making the car in Mexico.

Earlier on Tuesday, Trump threatened GM with a border tax for sending the "Mexican made model" of Chevy Cruze to US car dealers.

Trump said the company must make the Cruze in the US or pay a big tax.

During his 2016 presidential campaign, Trump frequently told crowds he would institute a 35 percent tax on American companies who made their products outside the United States and then tried to import them back into the country to sell.

US media reported the Cruze model is presently manufactured at General Motors plants in Lordstown, Ohio and in Ramos, Mexico.