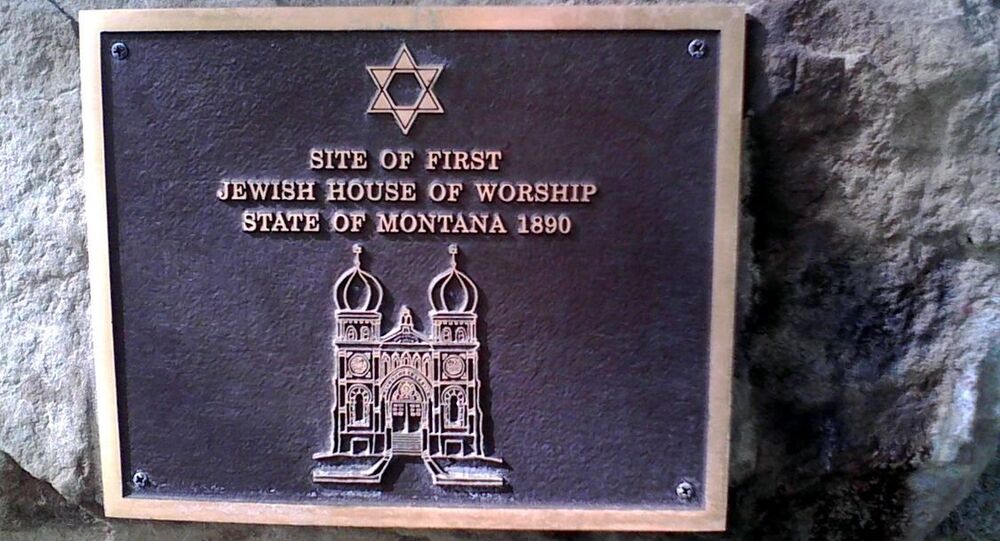 According to reports, three US congressmen have vowed to defend its Jewish community against anti-Semites planning to hold a rally.

© REN TV / national-action.info
UK Authorities Ban Neo-Nazi Group National Action
MOSCOW (Sputnik) – Three US congressmen, the attorney general and the governor of the US state of Montana have vowed to defend its Jewish community against anti-Semites planning to hold a rally.

"Rest assured, any demonstration or threat of intimidation against any Montanan’s religious liberty will not be tolerated," their statement, published Tuesday, read.

Democratic Senator Jon Tester as well as Republicans, Senator Steve Daines and Representative Ryan Zinke, joined forces with Montana Gov. Steve Bullock and top prosecutor Tim Fox in condemning an anti-Semite group in the town of Whitefish for their plans to march with loaded guns.

"We say to those few who seek to publicize anti-Semitic views that they shall find no safe haven here," the open letter read, adding the signatories offered their support to the Jewish community of Whitefish.

Whitefish neo-Nazis want to rally in support of the mother of Richard Spencer, a white nationalist and president of an extreme-right think-tank, the National Policy Institute. The group claims the Jewish community has been "extorting" Sherry Spencer over her son’s beliefs.