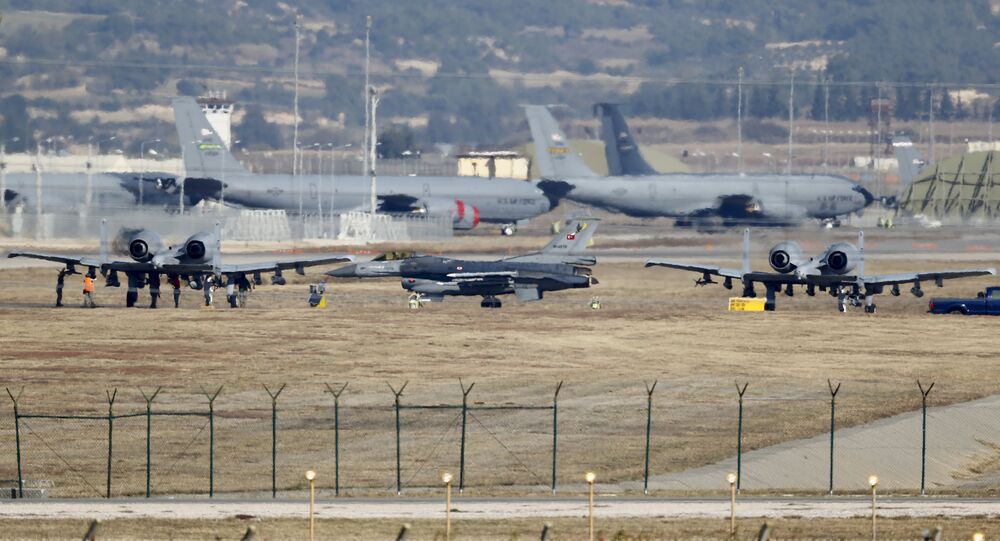 A Turkish man waltzed past security at the Incirlik Airbase in the southern Turkish province of Adana on Tuesday to snap selfies with Scarlett Johansson and other celebrities.

The base was hosting a star-studded USO Holiday Tour organized by US Chairman of the Joint Chiefs of Staff General Joseph Dunford, to boost the morale of troops, but apparently did not take security seriously. After learning that Johansson was set to arrive at 7 a.m., the unidentified man headed there and snuck inside.

“Scarlett noticed me while I was waiting for her to take a photo with her, and she later put her hand on my waist. After I requested, she hugged me. Life stopped for me at that moment,” the man wrote on social media posts documenting his celebrity selfie collection.

After taking a photo with the star, the man also was able to secure photographs with actor Chris Evans and basketball star Ray Allen.

The base Incirlik is currently in use by a US-led coalition targeting Daesh strongholds, along with the Royal Air Force and Royal Saudi Air Force, the Daily Sabah reports.

What’s Going on? Contradictory Reports Regarding US Nukes on Incirlik Airbase