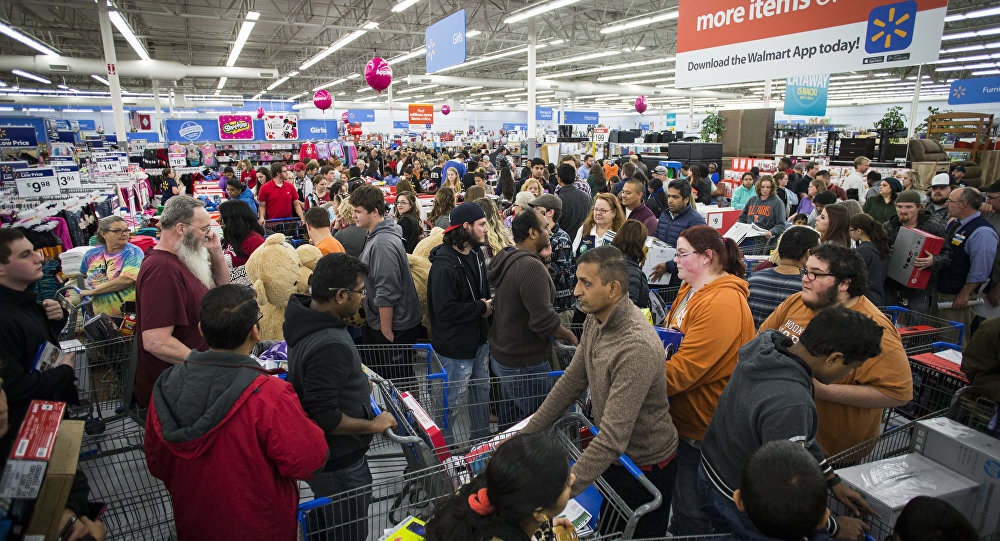 Black Friday Violence: Deadly Shootings, Fights Across the US (VIDEO)

It is a very “black Friday” for some, after at least four people were shot across the nation during holiday sales events. Three separate shootings outside of stores led to two deaths, and two more hospitalized. Multiple fights at other stores were also captured on witness videos.

In New Jersey, a vehicle was riddled with bullets after two people were shot outside of Macy’s at the Hamilton Mall, in Atlantic County, at around 1 a.m. One victim, a 20-year-old male, did not survive. The other person in the vehicle, the man’s 26-year-old brother, was shot in the leg and is in stable condition at a local hospital.

“There was a shooting that occurred outside the mall after it was closed in the early morning of November 25, 2016,” a spokesperson for the Hamilton Mall said, in a statement to CBS. “Our thoughts and prayers are extended to victims and their families.”

Details about what led to the shooting, and the victim’s names, have not been released. Authorities have not released any details about possible suspects or if anyone is in custody.

Walmart opened their stores across the nation at 6 p.m., local time, with deep price cuts. In Reno, Nevada, at 6:05 p.m. local time, a man was fatally shot in the parking lot of a Walmart during an altercation over a parking space.

Police have called the parking-lot shooting a road-rage incident that is not related to the Black Friday sales.

Police are still looking for the shooter, who is described as a black man in a dark-colored Toyota.

At the Wolfchase Galleria Mall in Memphis, Tennessee, a man was shot around 11:15 p.m. after an unidentified suspect drove up and fired several rounds.

Similar to the other cases across the country, the victim has not been identified, nor has a motive for the shooting. Police are still looking for the suspect, who fled in a red Ford Mustang.

Other general chaos, including fights, broke out in many areas, with witnesses uploading videos to social media on Friday morning.

At a Walmart in Bainbridge, Georgia, things became pretty intense over $1.60 towels.

A fight broke out at a Walmart in Moline, Illinois, and was broken up by police.

At a Walmart in Houston, Texas, shoppers fought over a $99 children’s motorized vehicle.

A melee also broke out at the Modesto Mall in California, shortly after midnight.

Black Friday violence has become an annual expectation, which may explain the National Retailers Foundation's annual holiday shopping forecast expecting a massive surge in online sales this year. The report expects retailers to bring in $3.05 billion online on Black Friday and $3.36 billion on Cyber Monday, which would make it the biggest shopping day in history.