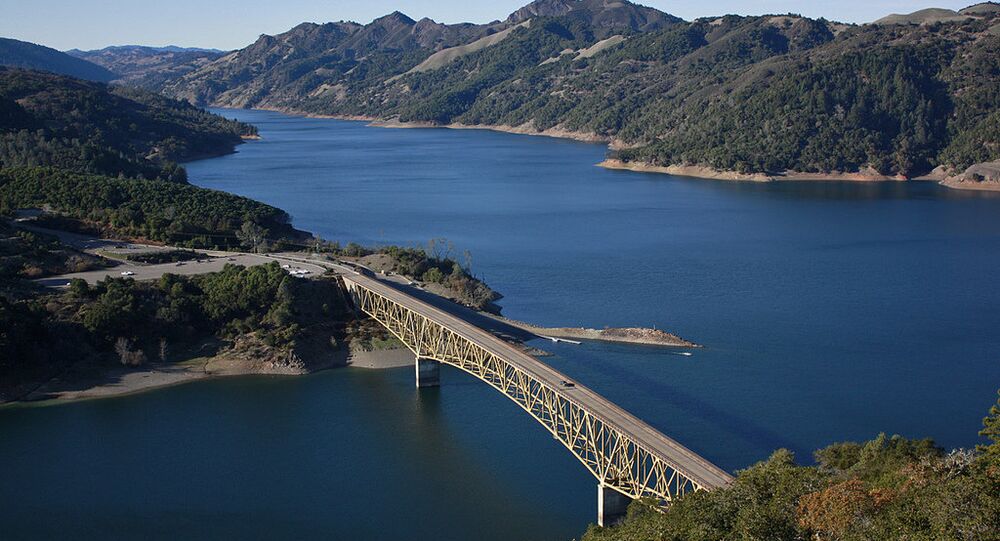 “We are going to have a vote to make California an independent country in 2019 and we want to lay the ground work now so that after the vote results are in we can begin to request international recognition of California as an independent nation,” Marinelli said.

He further said that his party is going to apply for membership to the United Nations and whether the application will be accepted or not is heavily reliant on the fact that the Security Council must accept the application. There are five countries in the world that have veto power over that decision and one of them is Russia.

“We want to start laying the groundwork now to have an opportunity to have a dialogue with the Russian people about California becoming an independent country, so that we can later on seek Russia’s support to recognize our independence results,” Marinelli said.

© REUTERS / Noah Berger
Texas, California Seek to Exit the US 'No Matter Who the President is'
The head further spoke about his desire to establish a center in Russia where Californian business and tourism opportunities will be presented to the public.

The center will also provide a place where Californians and Russians can discuss shared history and Californians will explain to Russians why they want to become an independent country and what that would mean for the world.

“We want to highlight that before California was part of the United States, which actually occurred because of military conquest, California had a historical connection to Russia and it’s not that we want to rejoin with Russia, we are talking about wanting to become an independent country,” the head said.

“But we feel that an embassy in Russia is very appropriate for California, considering its history and the role Russia plays in the world especially when it comes to the Security Council with veto power,” Marinelli added.

He further said that his campaign will include building relations with other BRICS countries as they hold a huge importance in the world’s political scene.

“It is not going to be a world led by the US anymore. We are going into a multipolar world and we want an embassy in Russia to represent the interest of people in California,” Marinelli told Sputnik.

He further spoke about whether there is some sort of synergy between “Yes California Independence Campaign” and Crimea and how people must decide their own future.

He said that, “It will be interesting to see if the US will support our right to self-determination. We doubt that, but we are going to hold a vote and if we have a mandate of people supporting it, we will circle it in Washington and apply to the United Nations and seek independence.”

Talking about whether the California campaign gained momentum after Trump’s victory, Marinelli said that they received a lot of new found support in California after Trump won the elections but in reality the campaign for an independent California started at least two years ago.

“There is a spur of new interest in it but this campaign is not about one person. It is not about Donald Trump, it’s about the broken American system and dysfunctional American government.”

He further said that it is about the desire of Californians to have a right to self-determination and to rule and govern themselves according to how they want it and not how the politicians from other 46 states want it.

© REUTERS / Carlo Allegri/File Photo
'Failure of Traditional Politics': Trump Win Signals Rise of Super-Rich Leaders
Marinelli further spoke about how California today is the sixth largest economy in the world and it has 40 million citizens who have their own identity and culture which is separate from that of the rest of the US.

Although there is a divide on whether California should seek independence from the US the campaign has grown in supporters from “1500 supporters to 12,000 since last week, which is a 1000 percent growth since the election of Trump, anyway,” Marinelli said.

The Yes California campaign aims to put a measure on the 2018 ballot that, if passed, would bring California one step closer to legally seceding from the union.

The Calexit movement went from a marginal political group to a nationwide social media trend in a matter of hours on November 9th, as Californians came to terms with a Trump presidency. Yes California held a rally on the steps of the state capitol building in Sacramento.

The hashtag Calexit, which recalls Britain's push to leave the European Union in a Brexit was one of the top trending topics on social media.

Marinelli, received some backlash for working with Russia in his home country but he maintained that Yes California will work with any group that shares its values and supports the right of self-determination, no matter how it appears to the outside world.

Record 77% of Americans Believe US Divided on Major Issues - Poll