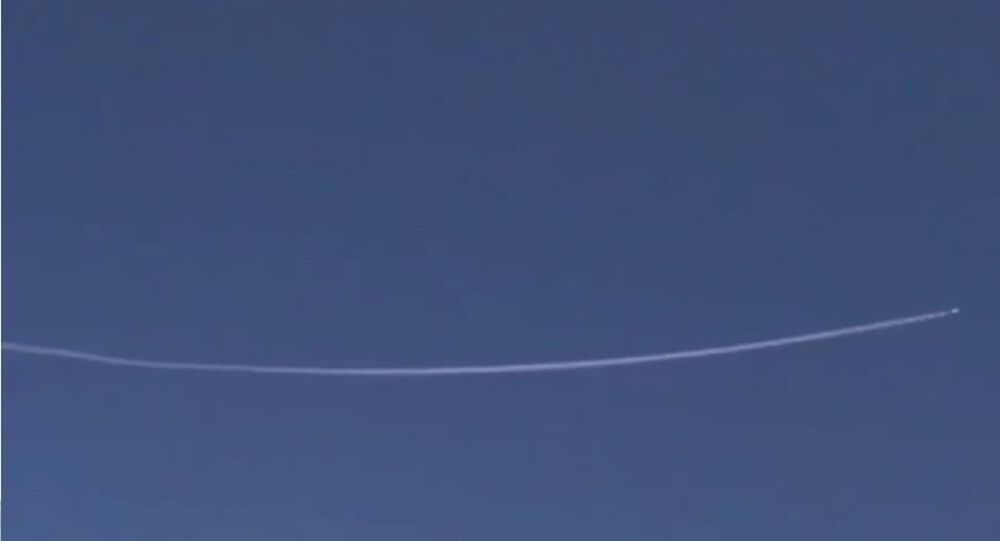 A mysterious white airplane was seen circling over the Denver area on Wednesday morning, and officials at various federal agencies are not providing any answers as to what it was.

The flight, IRON99, looped around Denver in an oval pattern several times before heading to Oklahoma, without stopping.

Thousands of people who noticed the strange pattern began calling 7 News Denver, concerned by what they were seeing. The station then called area Air Force bases to ask if it was a military flight.

Neither US Northern Command (NORTHCOM) nor United States Strategic Command (STRATCOM) would confirm or locate the airplane when questioned by the station.

The Denver Airport stated that the plane did not land there, and that their flight controllers would not have contacted a plane that did not intend to land there.

The Buckley Air Force Base, located in Aurora, told the station that the plane did not check in with radar towers and did not land at their base, despite flying over it several times.

“Further research into the plane's title of IRON99 turned up bases in the northeastern part of the nation that frequently give out the title of IRON to their military flights, however the title is usually reserved for T-38 aircraft, which are distinctly black,” the station reported.

When they dug into the plane’s communications, it appeared that it did not have any that were public — something common for commercial flights. It did communicate with the US Army, however.

The North American Aerospace Defense Command reported that there were only two flights in the air carrying a “high-profile” person at the time, and they were over New York and Indiana.

US Air Force Concerned Over Upkeep of Radar Surveillance Planes