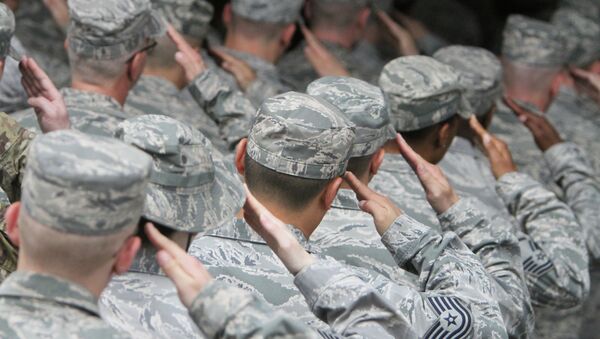 A criminal investigation is underway to determine whether or not any laws were broken when 150,000 gallons of wastewater containing toxic chemicals was released from Peterson Air Force Base in Colorado City.

Documents Point to US Base for Polluting Okinawa Water Supply
Both the Air Force Office of Special Investigations and the US Environmental Protection Agency are investigating the improper discharge, which was discovered on October 12. Officials have stated that the chemicals ended up in the wastewater treatment system, but did not make it into the city’s drinking water supply.

The water was contaminated with perfluorinated compounds, or PFCs, which is used the firefighting foam used on military bases. The chemicals have been linked to prostate, kidney, and testicular cancers — as well as other illnesses. Officials have not revealed the levels of PFCs that were found in the water.

Since the wastewater treatment system in the city is not outfitted for the removal of PFCs, the water remained contaminated as it was released into a creek.

The investigation is also trying to determine if Peterson Air Force Base is responsible for PFCs found in the well water of two other nearby communities, the Denver Post reports.

In February, it was revealed through FOIA requests that chemical leaks of PFCs at the US Kadena Air Base in Okinawa had contaminated the local water — also through the use of firefighting foam.

The contamination has been linked to an incident last year, in which a drunk US Marine reportedly activated a fire fighting system, filling a hangar with 1,500 liters of JET-X 2.75 percent — a foam classified by the US government as hazardous. Despite the fact that the agent ran into waterways, officials mistakenly labeled the chemical as nontoxic and the military did not report the incident to residents or the Japanese government.