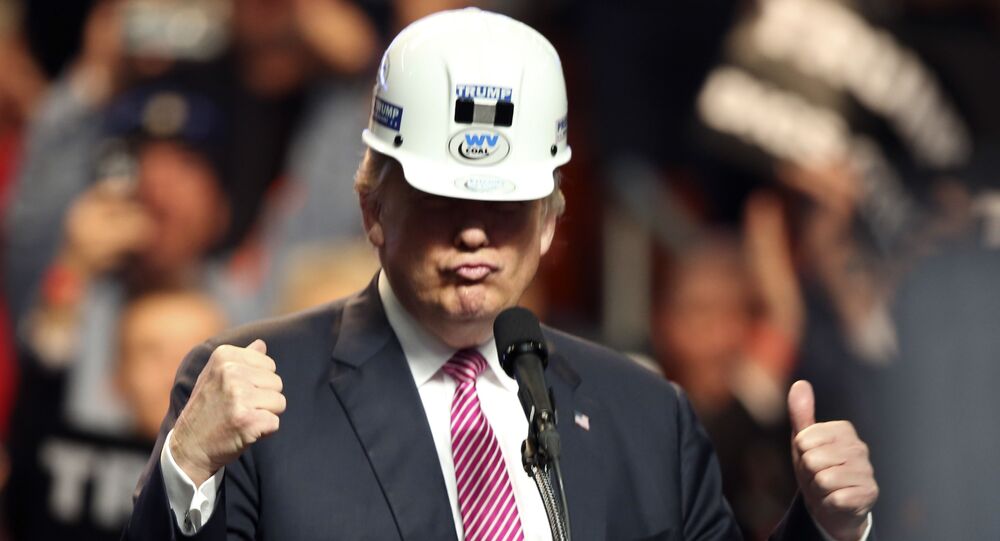 As Donald Trump has now become the US president-elect, he must make choices as to the future of his various business enterprises.

Earlier, Trump boasted that he had over $10 billion in assets. According to a May financial disclosure, Trump has at least $1.5 billion. Forbes stated he is worth about $4.1 billion.

Trump's business empire has delved into such areas as real-estate, mortgage loans, restaurants, fashion, jewelry, and entertainment. He is chairman and president of the Trump Organization, a real-estate holding company, and also owns the rights to books, and even has a Trump Natural Spring Water firm.

© REUTERS / Alex Wroblewski
Trump's Victory a Signal to Politicians to Pay Attention to Business - Minister
The Trump family owns Trump Tower, on Fifth Avenue in midtown Manhattan. The building serves as the headquarters of the Trump Foundation, as well as offices and a personal residence for Trump and his family when they are in New York. His residence within the building is a three-story conglomeration, with floor-to-ceiling marble and a gold-colored front door, according to Bloomberg.

Western media assumes that Trump will not be able to separate his business from his political duties. In response he has announced that he will hand over control of his various organizations to his adult children.

In January this year he stated, "If I become president, I couldn't care less about my company. It's peanuts, I want to use that same — up here, whatever it may be — to make America rich again, and to make America great again. I have Ivanka and Eric and Don sitting there. I wouldn't ever be involved, because I wouldn't care about anything but our country."

Since he announced his candidacy in June 2015, it has been reported that fewer people have visited his hotels, casinos, and golf courses, and some have announced their outright boycott of facilities that bear his name.

Employees however, counter that narrative, according to the Business Insider, and claim that more people have visited the Trump Tower than ever before. Protests in front of the building have not affected businesses within it, according to company statements. Some offer that being the President of the United States will improve the prospect of the Trump brand globally.