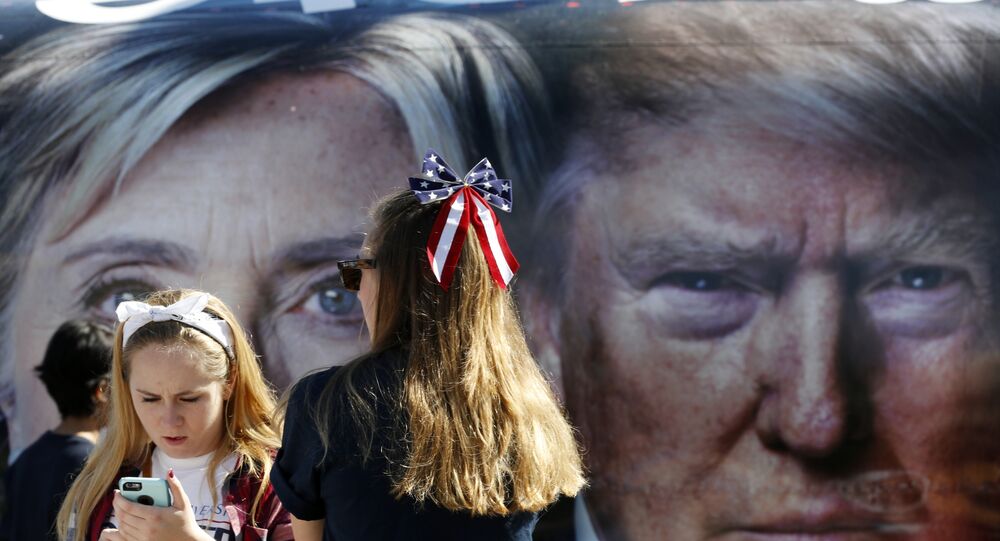 US intelligence services do not believe that alleged Russia's cyberattacks are capable of affecting the outcome of the US presidential election, the Washington Post reported citing US security officials.

© REUTERS / Brian Snyder
EXCLUSIVE: Source of DNC, Podesta Leaks 'Comes From Within Washington'
MOSCOW (Sputnik) — The US officials believe that the alleged meddling by Russia could not subvert the race due to the decentralized structure of the US election system.

"I think it’s correct to say the Russians don’t think they can dictate the outcome," Adam B. Schiff, the ranking member of the House Intelligence Committee, was quoted as saying by the media.

In October, the Office of the Director of National Intelligence and the Department of Homeland Security jointly stated that Washington was "confident" the Russian government had directed computer attacks against US political organizations. Russian officials have repeatedly denied any interference in the US presidential election.

"Does anyone seriously think that Russia can somehow influence the choice of the American people? Is America a banana republic or what? America is a great power," Russian President Vladimir Putin said, commenting on the claims of Russia's trace in the cyberattacks.

This is How Washington Could Respond to Imaginary 'Russian Hacker Attacks'