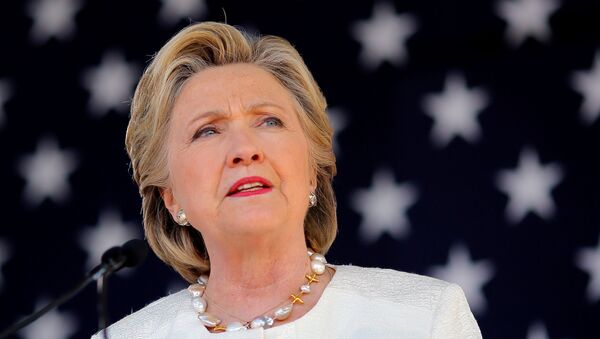 © REUTERS / Brian Snyder
Subscribe
According to former British ambassador to Uzbekistan, Craig Murray, the now infamous Podesta and Democratic National Committee emails were not leaked by Russian hackers, but by a Washington insider.

In an exclusive interview with Sputnik, Mr. Murray said:

When asked about whether or not WikiLeaks have ever published information at the behest of Moscow, Mr. Murray said:

The Podesta leaks are a trove of emails that have been dropped almost daily by WikiLeaks and consist of emails from Hillary Clinton's campaign manager John Podesta. The leaks, along with the DNC troves, have provided insight into the inner workings of the Clinton campaign, leaving the presidential nominee red-faced. Clinton's allies have accused the whistleblowing website and Russia of working in cahoots with the Trump campaign. 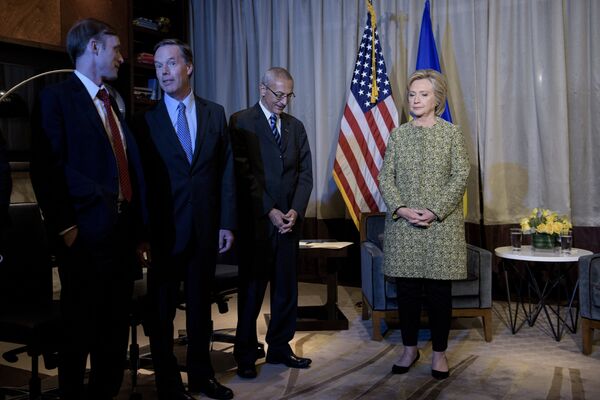 The role of WikiLeaks as a thorn in the side of the US government dates further back than the Podesta and DNC leaks.

The whistleblowing site is renowned for leaking information on sensitive US policy positions, such as the much excoriated relationship with the monarchy of Saudi Arabia. During her tenure as Secretary of State, Hillary Clinton is quoted as saying in reference to Mr. Assange, "can't we just drone this guy?" 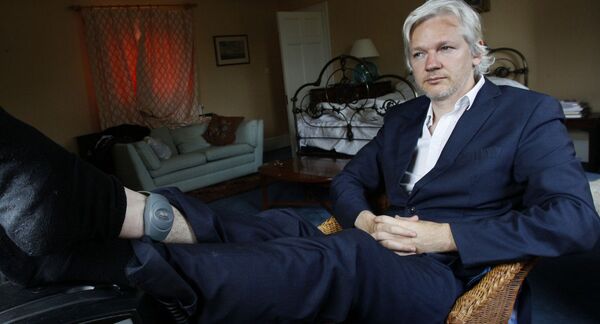 While a nuisance to Washington, the WikiLeaks revelations have often been hailed as a champion of accountability.

"I think whistleblowers have become extremely important in the West because the propaganda model — as Chomsky puts it — has been reinforced to the extent that people don't get any true information out of the media at all. It's worth saying that Julian Assange and WikiLeaks are publishers; they publish what whistleblowers leak to them," Mr. Murrary told Sputnik.

Yet, whistleblowers in the US continue to be subject to lengthy prison sentences.

A prime example is Chelsea Manning, who was sentenced on August 21, 2013 to a thirty five year sentence for providing WikiLeaks with sensitive military and diplomatic documents highlighting, among other things, US military conduct in Iraq.

Mr. Murray also mentions the case of John Kiriakou, a former investigator of international terrorism with the CIA who turned whistleblower.

"The only person from the CIA who was jailed over the CIA use of torture was John Kiriakou. John was jailed for blowing the whistle on CIA torture."

"The people who did the torture have suffered no comeback at all," adds Mr. Murray. 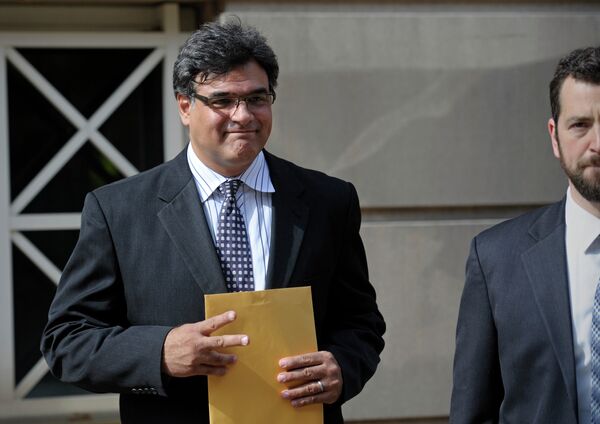 The recent leaks come on the heels of increased tensions between the West and Russia, especially over the conflict in Syria.

A host of officials and journalists in the West have prophesied over a doomsday scenario. For example, former British general with NATO Sir Alexander Richard Shirreff is quoted as saying that, "under President Putin, Russia has charted a dangerous course that may lead inexorably to a clash with NATO."

"There is no chance whatsoever that Russia is going to ever attack the United States, that simply isn't going to happen," Mr. Murray told Sputnik.

"Just as Russia is not going to attack the United Kingdom. There never has been a chance that Russia would ever attack either of these two countries. But of course the narrative is all to do with power and funneling huge amounts of American taxpayer money into the defense industry and the security industry and these people are both from the class that benefits."

It's an extremely dangerous game, says Mr. Murray, and it feeds into a foreign policy that is completely mad.

"In Syria — and I should say I'm no fan of the Assad regime at all — but the idea that backing assorted groups of jihadists to tear the country apart is a better solution is crazy and it's especially crazy when we've already messed up Iraq, Afghanistan and now we're doing exactly the same thing again and you can see it doesn't work, it only works in terms of promoting continued instability and continued spending for the military and the security services."

EXCLUSIVE: 'WikiLeaks Did Not Publish Any Emails From Russia'
Mr. Murray also believes that the public can't get clear analysis of these issues from mainstream media, because they are part of the same money/power nexus.

For a more insightful view and better understanding of the bigger picture, listen to the latest edition of Hard Facts with John Wight and Craig Murray.