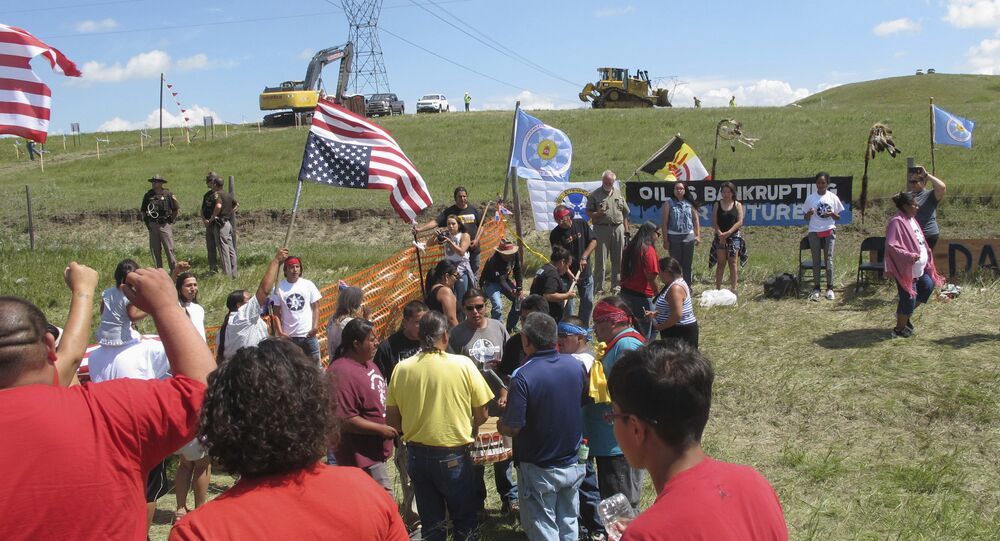 People across the US have been falsely checking in to the Standing Rock Sioux Tribe protest site by the tens of thousands, ostensibly as part of an effort to confuse law enforcement amidst rumors of activists being tracked through social media. But police are saying these claims are “absolutely false.”

A version of the message, the origin of which is still unknown, said, "The Morton County Sheriff's Department has been using Facebook check-ins to find out who is at Standing Rock in order to target them in attempts to disrupt the prayer camps…SO Water Protectors are calling on EVERYONE to check-in at Standing Rock, ND to overwhelm and confuse them."

The message was followed by a number of suggestions one must take for the ruse to be effective, including making the status public and posting a subsequent clarification message so people know a person is not actually at the Sacred Stone Camp in Cannonball, North Dakota.

Mythbusting site snopes.com classified the tactic as “unproven” and reached out to Morton Country Sheriff’s Department where representatives denied spying on activists through Facebook. The site reads:

"Underneath the claim was a genuine problem with the message, that people truly wishing to assist the protesters could do so simply by checking in rather than sending funds or supplies to support their efforts. Its spread didn't account for the possibility that protest organizers might have also been thwarted by the Facebook updates.

The largest question was whether the base claim was true — did checking in at Standing Rock genuinely work to confound the Morton County Sheriff's Department’s attempts to target and surveil demonstrators?"

The Morton County Sheriff’s Department officially responded to the scuttlebutt in a statement on Monday saying, "In response to the latest rumor / false claim circulating on social media we have the following response: The Morton County Sheriff's Department is not and does not follow Facebook check-ins for the protest camp or any location. This claim / rumor is absolutely false."

Protesters have been camped out at the protests for months trying to stop the construction of the Dakota Access Pipeline, a $3.8 billion project that would carry 470,000 barrels of crude oil per day across four states. The Standing Rock Sioux believe the pipeline would poison their water supply and desecrate their sacred sites. They cite treaties as proof that they have ultimate authority over the land.