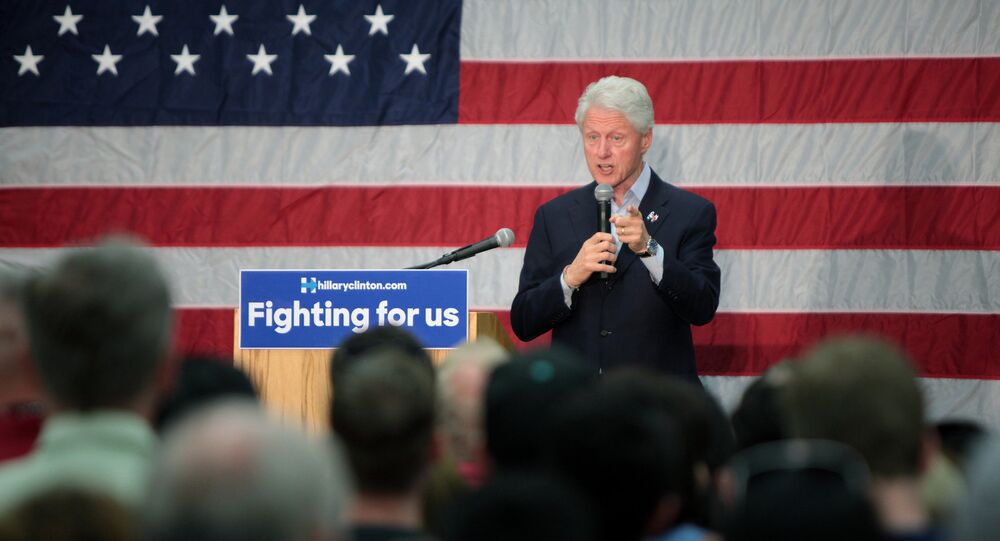 © AP Photo / Julio Cortez
Ex-FBI Official Calls Clintons a 'Crime Family' – Reports
MOSCOW (Sputnik) – According to Budowsky, Bill Clinton may have given "the closest indicator" of the kind of US president Hillary Clinton would be.

"As for Bill, he should have been a visible presence all along, he is the great validator in American politics, the Babe Ruth of national politics when almost all other politicians, including Hillary, are widely distrusted….Bill is the closest to a recognizable model of the kind of president Americans would be happy with in 2016….he gives the closest indicator of the kind of president Hillary would be, which is a huge plus," Budowsky said on September 8, 2015 in an email addressed to Clinton's campaign chair John Podesta.

Budowsky added that he used to be Clinton’s strong supporter and defender, however he admitted the change of viewpoint to date.

Earlier in the day, WikiLeaks uploaded the 23rd batch of Podesta’s emails. The whistleblowing website promised to publish some 50,000 emails before the US presidential election scheduled for November 8.