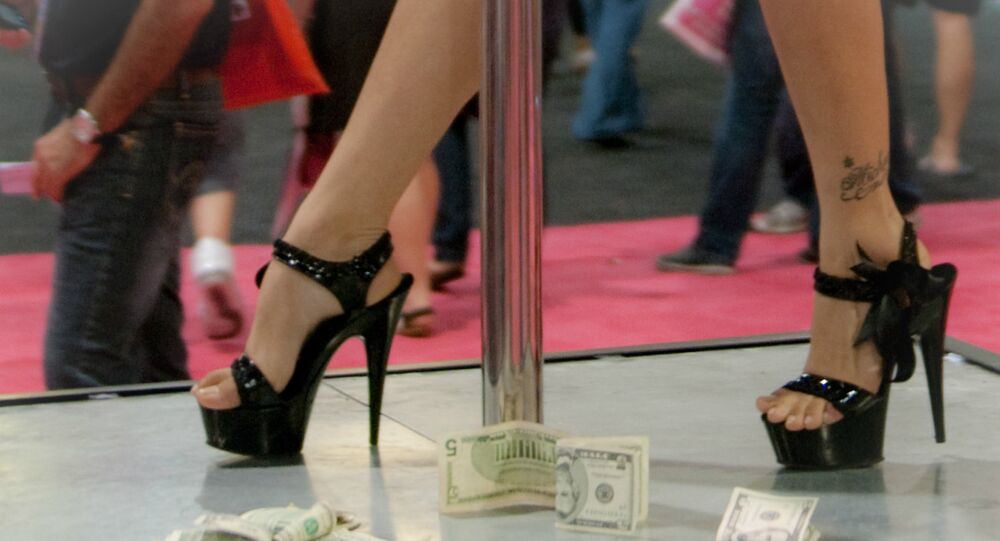 He added that it was not everyone in the federal government who actually used these cards.

“The government has been trying to tighten restrictions on the use of such cards to prevent abuse, but, unfortunately, while in the old days we were used to seeing people buying a lot of personal good, boats. Some people even used government credit cards for breast augmentation. Now we’ve seen a shift with people using these cards at casinos and adult entertainment facilities.”

© REUTERS / Jonathan Ernst
Trump Pledges ‘100 Days’ Reform Plan to Beat US Corruption, Bureaucracy
One of the most recent reports was about army personnel who used such cards at certain places in foreign countries that were off limits to military personnel.

He added that the Department of Defense recently conducted an investigation and found that card holders had made over 4,000 transactions totaling nearly a million dollars at casinos and another 900 transactions that totaled nearly $100,000 at strip clubs and other adult entertainment facilities.

“So we need better oversight so that when getting back from their assignments people report about their expenses and if necessary, reimburse the government for those expenses."

“We need to deter misuse and this is part of better training and better oversight over these expenditures. We’ll get there and it will be as efficient as the government hoped it would be,” he continued.

The government has to be a good financial steward for taxpayers’ money.

“Even if these programs help save $20 or $30 billion a year, which is somewhat small in comparison with the $3 or $4 trillion we spend annually, but this is the money that we need to make sure that is spent appropriately and wisely and is not subject to fraud, waste and abuse.”

“That’s why we not only need better oversight but we also need to go after and prosecute violators. We need to send a message that when it comes to taxpayers’ dollars we are going to make sure they are spent appropriately,” Scott Amey emphasized.